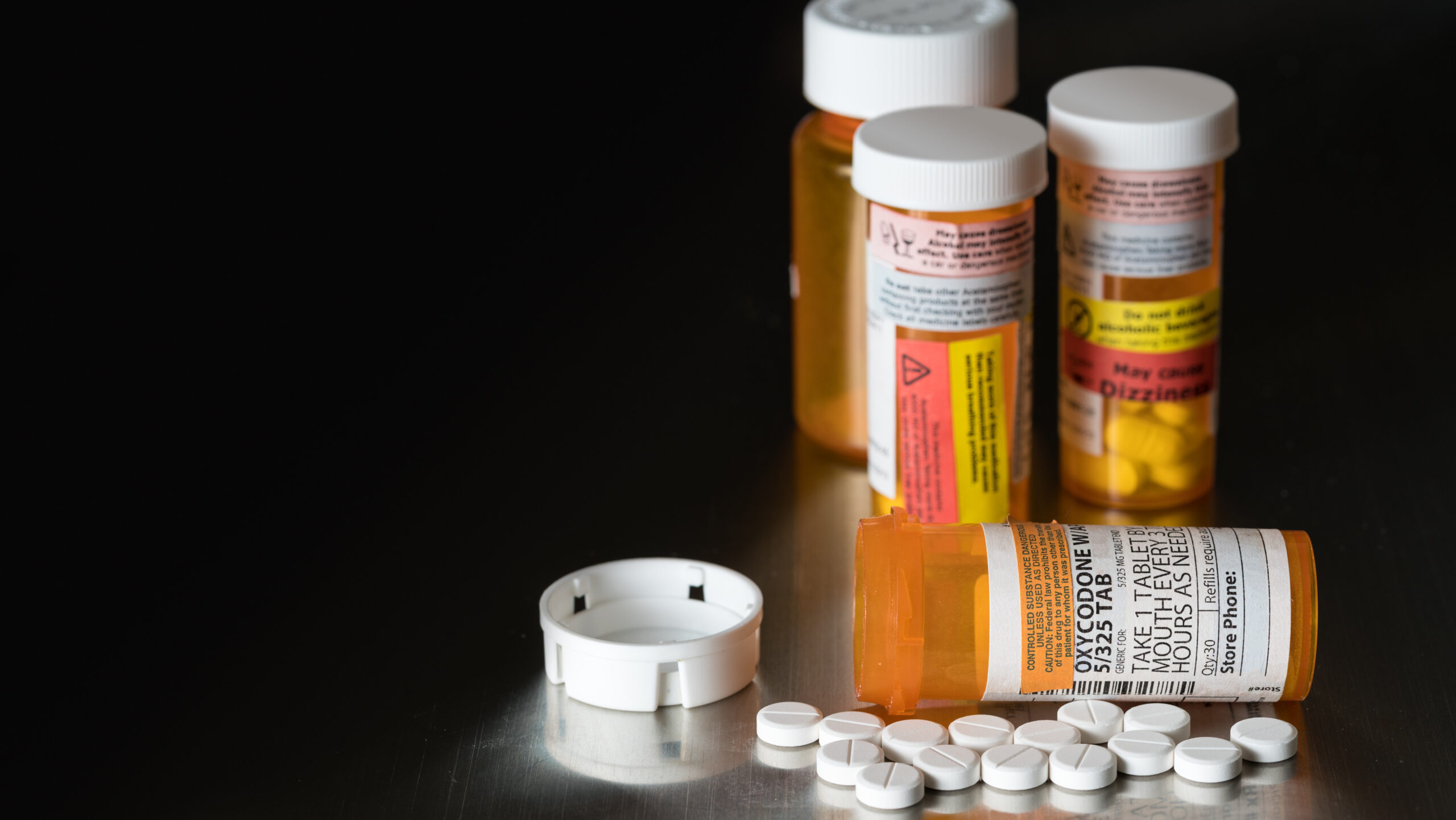 Substance Abuse and Addiction in the Muslim Community: Facing Stigma and Seeking Support

According to the Addiction Center, the United States, the wealthiest nation on Earth, has seen a decrease in life expectancy since 2014. “Diseases of despair”— substance abuse and suicide—contribute significantly to this trend—and Muslims are not immune.

These alarming statistics, while based on studies of the entire American population, impact the American Muslim community as well.

According to the Addiction Center, the United States, the wealthiest nation on Earth, has seen a decrease in life expectancy since 2014.  “Diseases of despair”— substance abuse and suicide—contribute significantly to this trend—and Muslims are not immune.

These alarming statistics, while based on studies of the entire American population, impact the American Muslim community as well.

According to a ISPU’s 2020 American Muslim Poll, a national survey of American adults broken down by faith and non-faith groups, a significant segment of the Muslim American community reports knowing someone in their faith community who is currently or has in the past struggled with addiction to alcohol or other drugs, albeit less than other groups. Among Muslims, 37% say they know a person personally who has or is struggling with addiction, compared to 57% of the general public and roughly the same percentage among other faith groups.

There is no gender or age difference among Muslims in this response. Asian Muslims are less likely (20%) than all other races to report knowing someone in their faith community struggling with addiction.

Though addiction to alcohol and other drugs maybe less prevalent in the American Muslim community than in the general public, it cannot be denied or ignored, especially in the face of stigma.

According to The Detroit News:

“Painkiller addiction is a growing problem nationwide, but in Dearborn, which has a large Muslim population, experts say the issue is exacerbated by addicts refusing to seek help because they fear being ostracized.”

According to the 2020 American Muslim Poll conducted by ISPU, stigma faced by those struggling with substance abuse is indeed a challenge among Muslims.

First, recovering addicts, people who used to abuse drugs or alcohol but are now sober, are cited as the most undesirable potential marriage partner for a son or daughter among all tested possibilities, including someone of another faith, a divorced person, someone of lower socio-economic status, or someone of another race.

Muslims are not alone in this regard. A majority of members in all religious and non-faith groups ISPU studied also said it would bother them if their child married a recovering addict, with no measurable difference across faith groups. 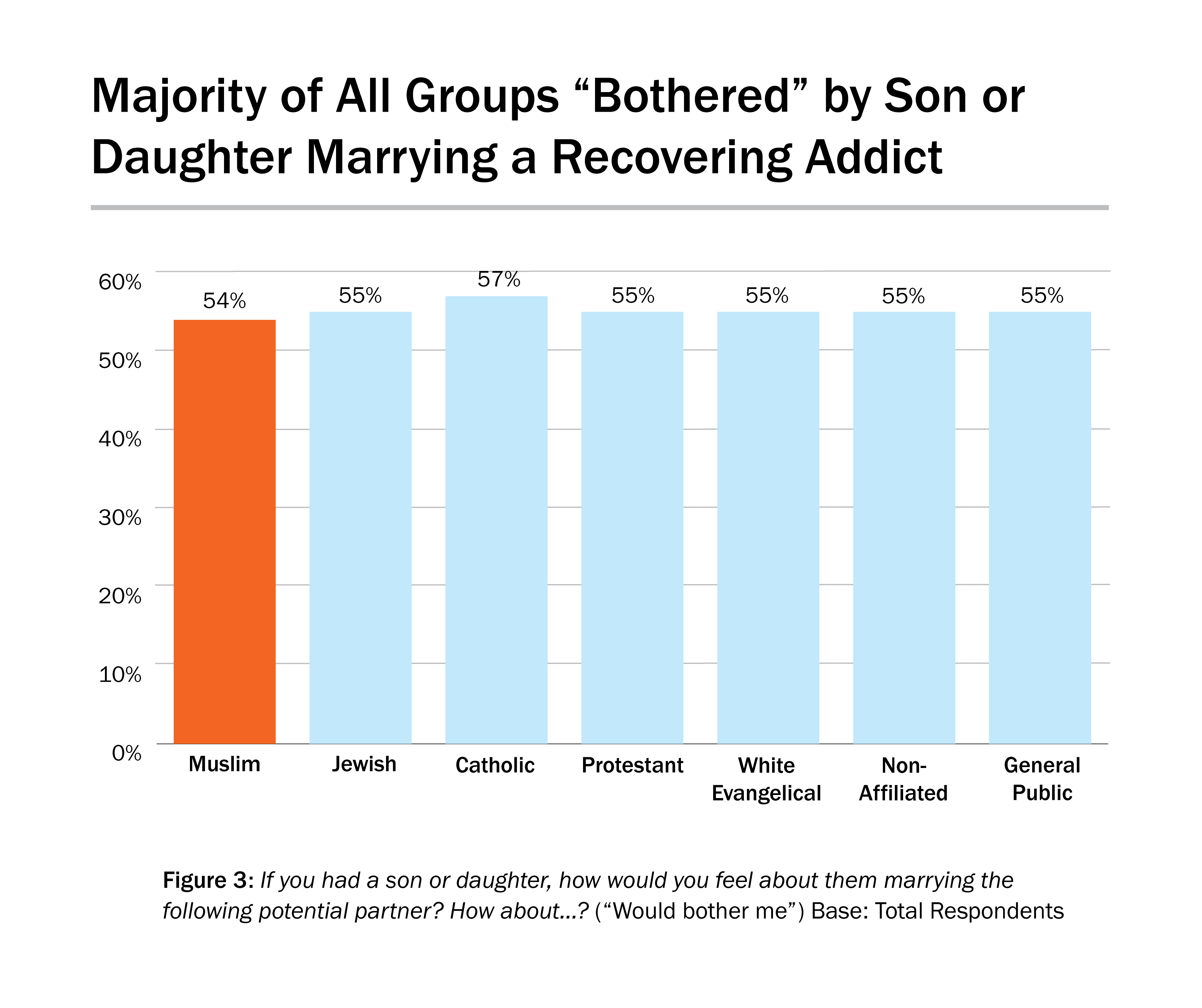 Marriage desirability is meant as a proxy measure for social desirability and stigma.  The more a quality would “bother” a potential parent-in-law, the more it is socially undesirable and stigmatized in a community. Though a history of drug addiction is as likely to bother members of other faith and non-faith communities, in more close-knit communities, like Dearborn, where marriage prospects are more likely to be based on community reputation, there is even greater incentive to keep struggles with drug addiction secret and therefore delay seeking treatment.

But not all Muslims are equally in favor of “toughness” over “support.” While there is surprisingly no gender or even age difference among Muslims in this view, there is a racial divide. Black Muslims are less likely (14%) than white Muslims (27%) to favor a “tough” approach, with Arab and Asian Muslims falling in between. Black Muslims are however much more likely (14%)  than Black Americans in the general public (3%) to favor a tough approach.

With a sizable segment of the community viewing drug addiction as best addressed with “toughness” versus support, it may be that much harder to discuss the problem, connect those in need with resources, or find acceptance. 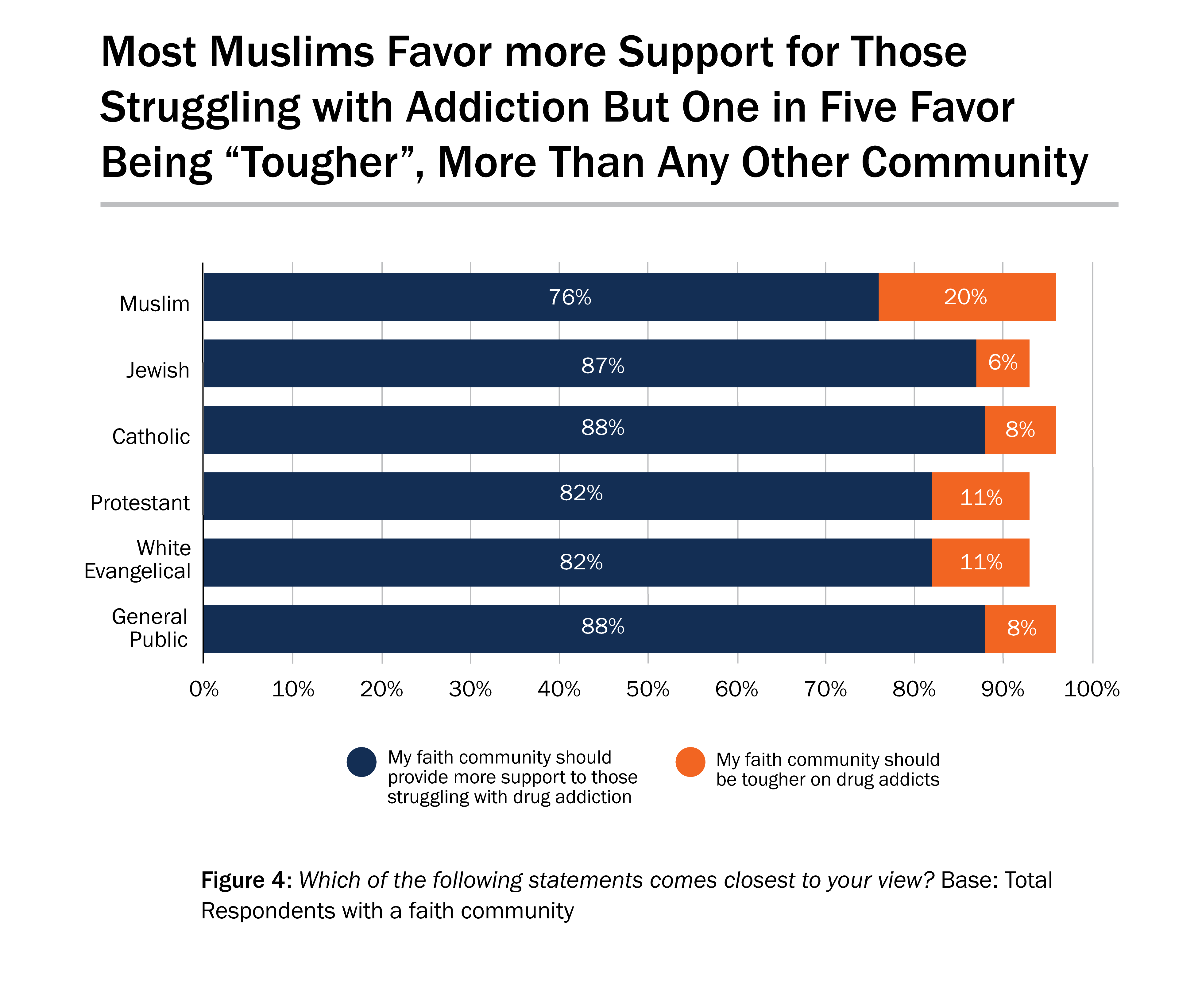 One may assume that more personal engagement with those struggling with addiction may lead to greater compassion.

Substance abuse in the Muslim community is seldom studied, nor are the community challenges and perception of seeking treatment examined in an evidence-based manner.  Moreover, few experts or treatment centers based in Muslim communities exist, and even less is known about effective treatment strategies, or the challenges and opportunities of building community-based interventions.  Much more research is needed to address this gap.

Those struggling with an addiction or looking to support a loved one can connect with SAMHSA  for resources.