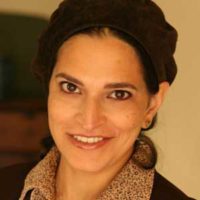 Asifa Quraishi-Landes is a fellow at ISPU and a Professor of Law at University of Wisconsin Law School. She specializes in comparative Islamic and U.S.constitutional law. She was awarded a 2012 Guggenheim Fellowship for her work on Islamic constitutionalism for the 21st century. Asifa Quraishi’s recent publications include articles on comparative legal theory, Islamic criminal law, and Muslim family law in United States courts. Asifa Quraishi has served as a Public Delegate on the United States Delegation to the United Nations Commission on the Status of Women, on the Task Force on Religion and the Making of U.S. Foreign Policy for the Chicago Council on Global Affairs, and as advisor to the Pew Force on Religion & Public Life. She is currently on the governing board of the National Association of Muslim Lawyers (NAML), Muslim Advocates, the Journal of Law and religion, and the Association of American Law Schools Women’s League, Karamah: Muslim Women Lawyers for Human Rights and American Muslims Intent on Learning and Activism (AMILA). She holds a doctorate from Harvard Law School and other degrees from Columbia Law School, the University of California at Davis, and the University of California at Berkeley, and has served as law clerk in the United State Court of Appeals for the Ninth Circuit.