Participation, Priorities, and Facing Prejudice in the 2016 Elections

In the years after the September 11th attacks in America, Muslims have been the subjects of frequent discussions but seldom among the participants. This attention often increases around elections as some political leaders use identity politics in their discourse and their policy proposals to target Muslims, as happened in the Ground Zero mosque discussions during the 2010 midterm elections, and the calls to close down mosques and ban all Muslims from entering the United States during the 2016 presidential campaign.

The rise and constant media coverage of the so-called Islamic State is often conflated with discussions about Islam itself, creating an environment of fear of Muslims among some Americans. One study found that 80 percent of news coverage about Islam and Muslims in the United States is negative, with armed militants, not religious leaders, representing the faith.

Roughly half of Americans say they don’t know a Muslim and the faith group is the least warmly regarded religious community in America. The lack of Muslim voices in the national discourse makes much of the discussion of the community speculative or worse. These combined factors work to create a climate in which the majority of American Muslims report some level of discrimination—the highest of any major faith group.

The Institute for Social Policy and Understanding (ISPU) offers a badly needed evidence-based contribution to this highly charged and often misinformed national conversation. Muslims were surveyed not as isolated specimens, but within the context of their country’s faith landscape, along with Jews, Protestants, and Catholics. The survey examines the attitudes of these American faith groups on various topics from politics and religion, to violence and identity. What emerges is the profile of a Muslim community that is both pious and patriotic, optimistic and weary of discrimination, similar to Jews in its politics, and much like Protestants in its religious practice.

Do you need reliable, representative, quantitative data on American Muslims? ISPU can help by providing space for purchase on our annual poll at a fraction of the cost of conducting this type of survey yourself. Contact info@ispu.org for more information.

Hear the Results from Our Experts

I refer to ISPU's American Muslim poll when I give public talks on Islamophobia. It helps to nuance the picture of American Muslims and to challenge unfair stereotypes concerning Islam's compatibility with the U.S. Keep up the outstanding work! 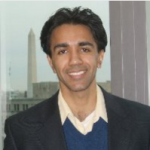 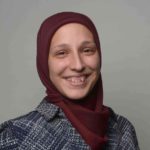 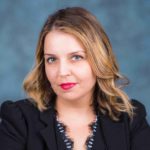 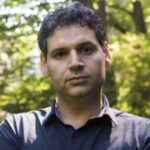 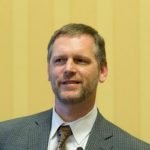 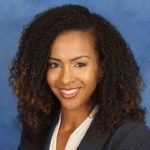 Fellow, Association for Analytic Learning about Islam and Muslim Societies