Since 2018, ISPU’s American Muslim Poll has included the National American Islamophobia Index, measured across American faith and non-faith groups. The Islamophobia Index is a measure of the level of public endorsement of five negative stereotypes associated with Muslims in America. 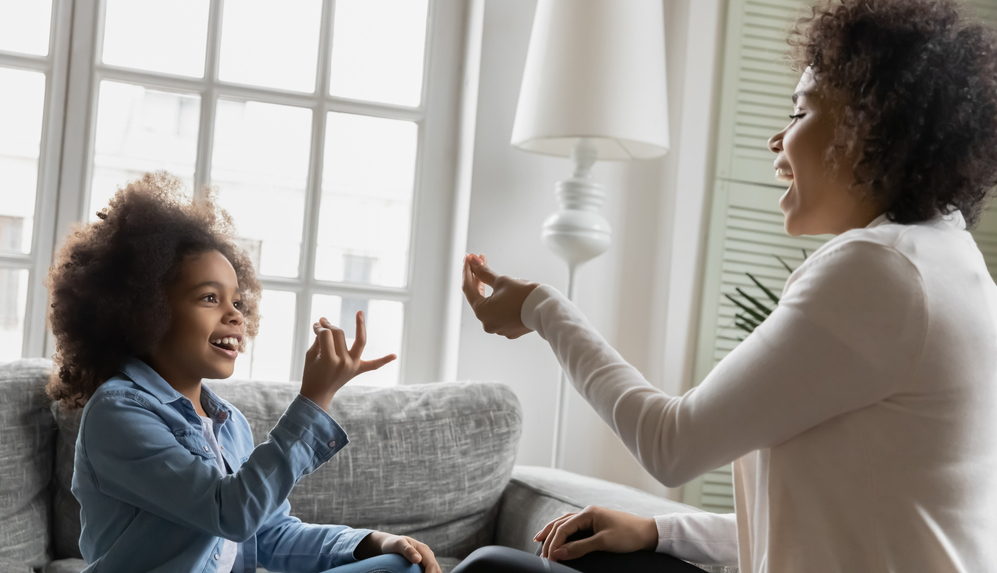 Since 2018, ISPU’s American Muslim Poll has included the National American Islamophobia Index, measured across American faith and non-faith groups. The Islamophobia Index is a measure of the level of public endorsement of five negative stereotypes associated with Muslims in America.

Construction of the Islamophobia Index

The Islamophobia Index was created by ISPU scholars in partnership with Georgetown University’s Bridge Initiative as a way to measure Islamophobia among faith and non-faith groups in America.

These are the items used to construct the index:

ISPU analysts chose these five variables based on previous research¹ linking these perceptions with greater tolerance for anti-Muslim policies such as mosque surveillance, racial profiling, and greater scrutiny of Muslims at airports, the so-called Muslim Ban, and even taking away voting rights from Americans who are Muslims. These five measures are not meant to cover the totality of public Islamophobia, which can and does include many other false beliefs about Muslims. They are instead meant to offer an evidence-based measure of five perceptions known to be linked to acceptance of discriminatory policies.

Answers to this battery of questions were used to construct an additive scale that measures overall anti-Muslim sentiment.² The resulting Islamophobia Index provides a single metric that is easy to understand, compare, and track over time. The Islamophobia Index measures the endorsement of anti-Muslim stereotypes (violent, misogynist), perceptions of Muslim aggression toward the United States, degree of Muslim dehumanization (less civilized), and perceptions of Muslim collective blame (partially responsible for violence), all of which have been shown to predict public support for discriminatory policies toward Muslims.³ It is noteworthy that this index, while called simply the “Islamophobia Index,” only measures anti-Muslim sentiment among the public and not the degree to which Islamophobia is institutionalized by the state. Islamophobia is not simply a phenomenon of societal sentiment, but is a structural phenomenon, manifesting in legislation, budget decisions, and law enforcement practices at the local, state, and federal levels. While our index does not measure structural Islamophobia, public tolerance for many of these practices is linked to higher scores on the Islamophobia Index. ⁴

² For each item, the responses were assigned values from 1 to 5 (Strongly Disagree=1, Strongly Agree=5). Each respondent’s answers to the five-question battery were then added together to form an index (Cronbach’s Alpha=.83) ranging from 5 to 25. For ease of presentation, this total was then rescaled from 0 to 100.

³ Kteily and Bruneau, “Backlash”; Bruneau, Kteily, and Falk, “Interventions Highlighting Hypocrisy Reduce Collective Blame of Muslims”; and Kteily, Bruneau, and Hodson, “They See Us as Less Than Human.”

This presentation by the late Dr. Emile Bruneau, a peace and conflict neuroscientist, presents his findings on how to effectively counteract personal Islamophobia. Throughout the presentation, Dr. Bruneau references the process of dehumanization as critical for the “othering” of groups, including Muslims. The tropes about Muslims included in the Islamophobia Index are means of dehumanization and we provide links to ISPU research proving each trope as false.

This infographic highlights data showing that Muslims are not inherently more prone to violence. Despite media portrayals of Muslims as more prone to violence, American Muslims reject violence more so than other groups. For example, American Muslims are more likely than the general public to reject violence carried out by the military against civilians and are as likely to reject individual actors targeting civilians.

These resources highlight that American Muslims are as likely as other Americans to face similar social challenges such as domestic violence, however Muslim victims of domestic violence are more likely to expect support from leaders in their faith community, compared with victims of other faiths. Additionally, Muslims, themselves, report that their faith is a source of pride and happiness and are more likely to report racial and religious discrimination, than gender discrimination. Only 1% of Muslim women who always wear hijab say they do so because a family member to spouse requires it of them, while the top reasons cited is to please God. Moreover, Muslim women surpass men in level of education. 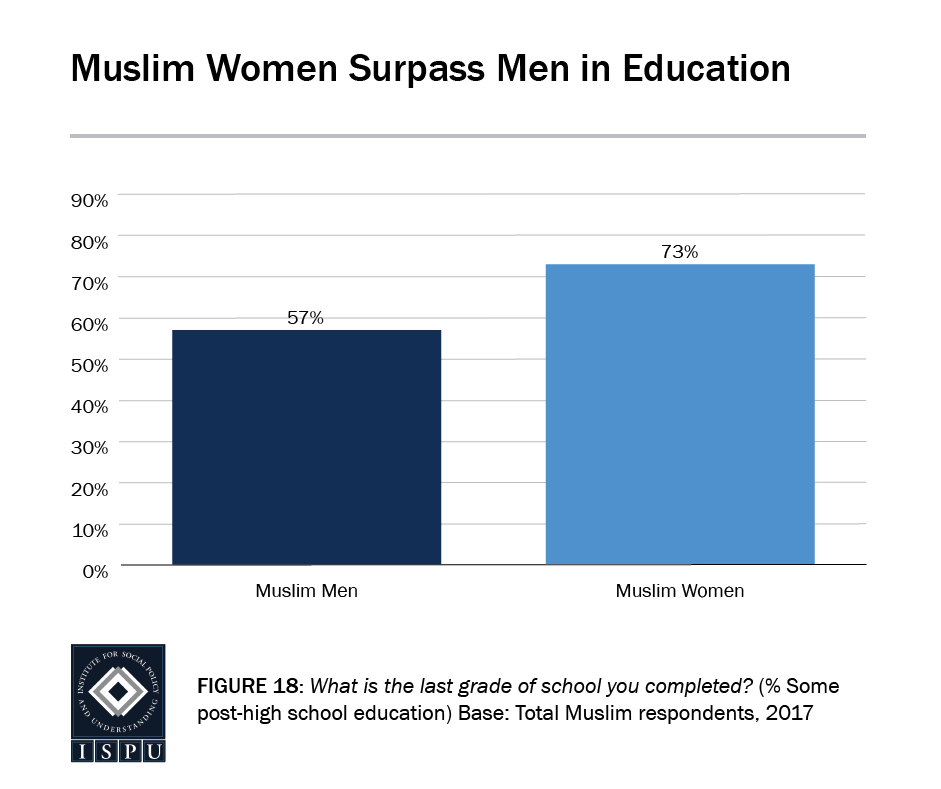 These resources show that American Muslims are are civically and socially engaged at the local and national levels. For example, American Muslim voter registration has increased steadily since 2016 and are among the most likely to volunteer for political campaigns, to attend town hall meeting, and to work with neighbors to solve community challenges. This research also shows that American Muslims cite domestic issues over foreign policy as their top policy concern.

Hostile to the United States

These resources point to the fact that American Muslims are the opposite of hostile, rather they are engaged and invested from the local to the national level through civic engagement, working with neighbors to solve community problems, and contribution during times of national crises like the COVID-19 pandemic and the Flint Water Crisis. Data from the Muslims for American Progress project show that American Muslims are a vital organ in our nation with everyday Muslims contributing and benefiting their local communities and nations through their everyday work. We also find that Muslims with strong religious identities are more likely than those with weaker religious identities to hold a strong American identity. 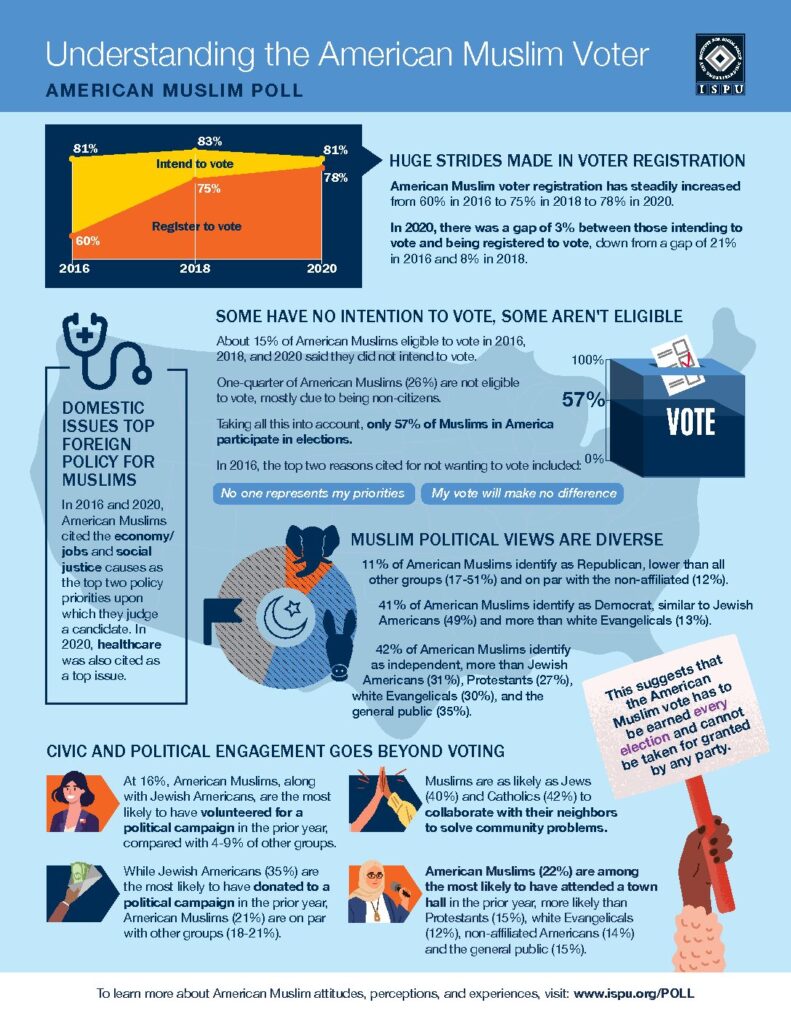 Collective blame is the idea that most Muslims living in the United States are partially responsible for acts of violence carried out by other Muslims. Research linked here shows that while the US media portrayals depict Muslims as more prone to violence than other Americans, they are, in fact, at least as likely to reject violence. Research from ISPU’s Equal Treatment report show that cases of ideologically motivated violence by Muslim perpetrators receive 770% more media coverage than similar cases with perceived non-Muslim perpetrators. These negative media portrayals take place in a context where most American terrorist fatalities comes at the hands of white supremacists.

In American Muslim Poll: Pride and Prejudice, we set out to measure the level of public anti-Muslim sentiment in its most impactful manifestations and, in collaboration with Georgetown’s The Bridge Initiative, developed the first-ever annual Islamophobia Index (II). The report measures the Islamophobia Index among American Muslims, too, as well as the degree to which Muslims have accepted ideas of collective blame, shame, and alienation. This analysis doesn’t stop at shame—it also measures pride, joy, and confidence in one’s faith identity across communities and how these sentiments are linked to civic engagement and national identity.

In American Muslim Poll 2019: Preventing and Predicting Islamophobia, we continued our annual measure of the Islamophobia Index with the Bridge Initiative, a measure of the level of public endorsement of anti- Muslim tropes. Have levels of Islamophobia in America increased, decreased, or stayed the same? In 2018, we examined the impact of Islamophobia on society, discovering that higher levels of anti-Muslim sentiment are linked to greater acceptance of violence against civilians, authoritarian policies, and anti-Muslim discrimination. In 2019 we sought to explore the drivers of Islamophobia. What predicts lower or higher anti-Muslim views? And with whom do Muslims find the greatest support?

In American Muslim Poll: Amid Pandemic and Protest, the Islamophobia Index was recorded mere months before an election where the incumbent was widely seen as fomenting anti-Muslim sentiment as an electoral strategy, both with rhetoric and administration policies like the Muslim Ban. Most notable among our results is the consistent decline in Islamophobia among Jewish Americans from 22 in 2018 to 18 in 2019 to 16 in 2020.

In the American Muslim Poll 2022: A Politics and Pandemic Status Report, for the fourth year, we measured the Islamophobia Index, a measure of the level of public endorsement of five negative stereotypes associated with Muslims in America. The general public scored 25 (on a scale of 0 to 100), on par with 27 in 2020. American Muslims scored 26 on the Islamophobia Index, higher than Jewish Americans who scored the lowest at 17. Protestants (23) and the nonaffiliated (22) scored similarly, while Catholics (28) and white Evangelicals (30) were highest. We find that over time, Islamophobia has declined among other groups but has increased among Muslims. For Muslims, scores on the Islamophobia Index have increased from 18 in 2018 to 25 in 2022. Between 2020 and 2022, the score increased six points from 20 to 26.

Endorsing negative stereotypes about one’s own community is referred to as internalized oppression, or internalized bigotry or racism in the case of a racial group. It is worth noting that, compared with older Muslims, internalized Islamophobia is more prevalent among younger Muslims, who have lived the majority of their lives after 9/11/2001, in a country that has demonized their identity in popular culture, news media, political rhetoric, and in policy. Research suggests that this kind of steady drumbeat of bigoted ideas and state actions have a detrimental impact on the target group’s self-image and mental health.

Another noteworthy and alarming finding were the disproportionately negative views among white Muslims, who are also the most likely to report experiencing ‘regular’ religious discrimination. Some studies on internalized racism have surprisingly found that endorsing negative stereotypes about one’s own group is associated with a higher locus of control. This suggests that internalized prejudice may actually be a defense mechanism against the trauma of bigotry at the hands of the dominant group by agreeing with those in power but believing one has the choice (locus of control) to not be like those tropes. More research is needed to fully understand the why and how of internalized Islamophobia.