How American Minorities Responded to Hostility 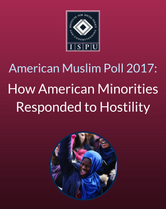 How American Minorities Responded to Hostility

Latino Americans in the general public and Muslims of all ethnic backgrounds hold similar views of the current political climate.

This analysis is Part 2 in a two-part series on intersectionality. Read Part 1.

In our previous piece on intersectionality, we examined the extent to which three salient minorities in America encountered racial discrimination, both within and outside their faith communities. In each of these domains, African Americans and Hispanics in the general population and Muslims in our separate U.S. sample all reported similar experiences, on average. How, then, do these communities compare in their responses to racism and the increasingly hostile environment for minorities since the 2016 election?

One of the most prominent movements for racial justice in recent years is Black Lives Matter (BLM). National polls find that a majority of Americans do not support BLM, with sharp divides along race and partisanship. ISPU similarly polled a sample of the general public and, separately, American Muslims on their views of BLM, asking whether they strongly opposed, somewhat opposed, somewhat supported, or strongly supported the movement. 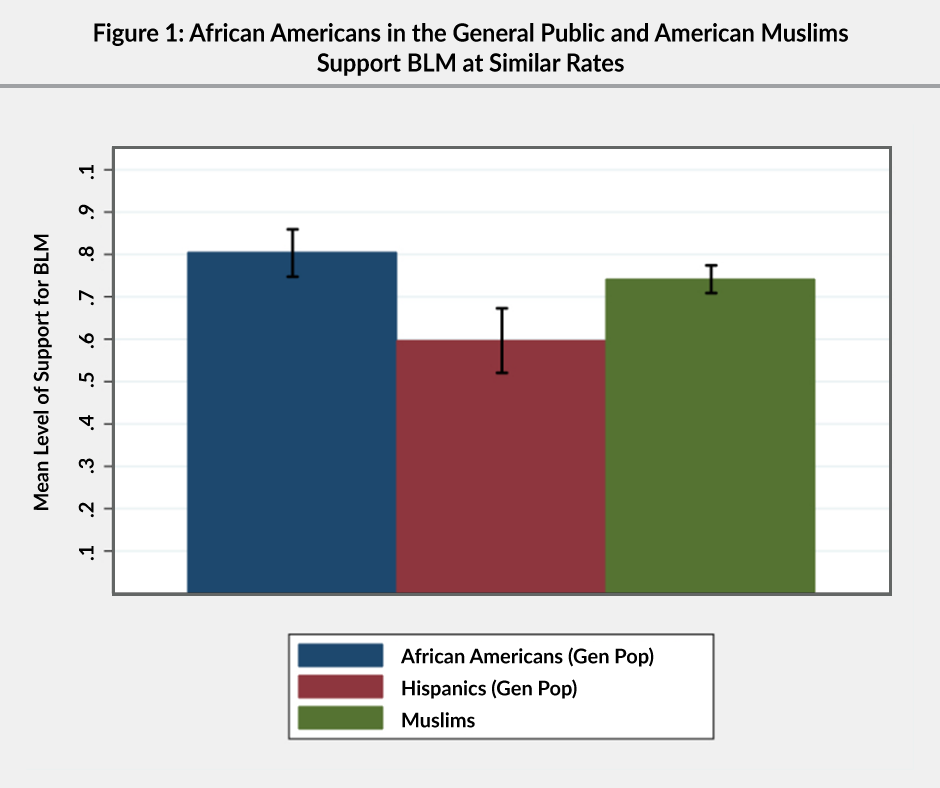 Another discrepancy across minority groups is also evident in their prefered presidential candidate in the 2016 election. As Table 1 shows, there is a clear preference for Hillary Clinton across the three groups we profile. There is a sharp division, however, when it comes to support for Donald Trump. Muslims are nearly four times more likely to report a preference for a Trump presidency than African Americans. Hispanics far outpace both groups, with nearly a quarter preferring Trump over all other candidates. Of course, such support within any one of these groups pales in comparison to the clear majority of white voters that cast a ballot for Donald Trump in the election. To emphasize, there remains a noticeably wide base of consensus across the three minority groups in our analysis, overall. Yet, we should be mindful not to presume across the board support for any one policy or candidate.

We also investigated what personal actions our respondents took following the 2016 presidential elections, given the campaign’s charged rhetoric and potentially detrimental policy implications, especially for some of the groups studied. Figure 2 once again compares the responses of African Americans, Hispanics, and Muslims to a set of five yes/no questions. Distress is slightly higher among Hispanics in the general population and Muslims, with similar percentages among both groups reporting anxiety in the wake of the election and contemplating leaving the country, should it become necessary. These shared experiences may be a result of both communities being comprised of large numbers of immigrants. Indeed, American Muslims and Latinos began uniting to combat Trump’s immigration policies right from the start of his administration. Thus, even as minorities are finding more general commonality amid an increasingly hostile social and political atmosphere, particular issues will naturally arise where mutual benefit is more clear cut and cooperation more forthcoming. 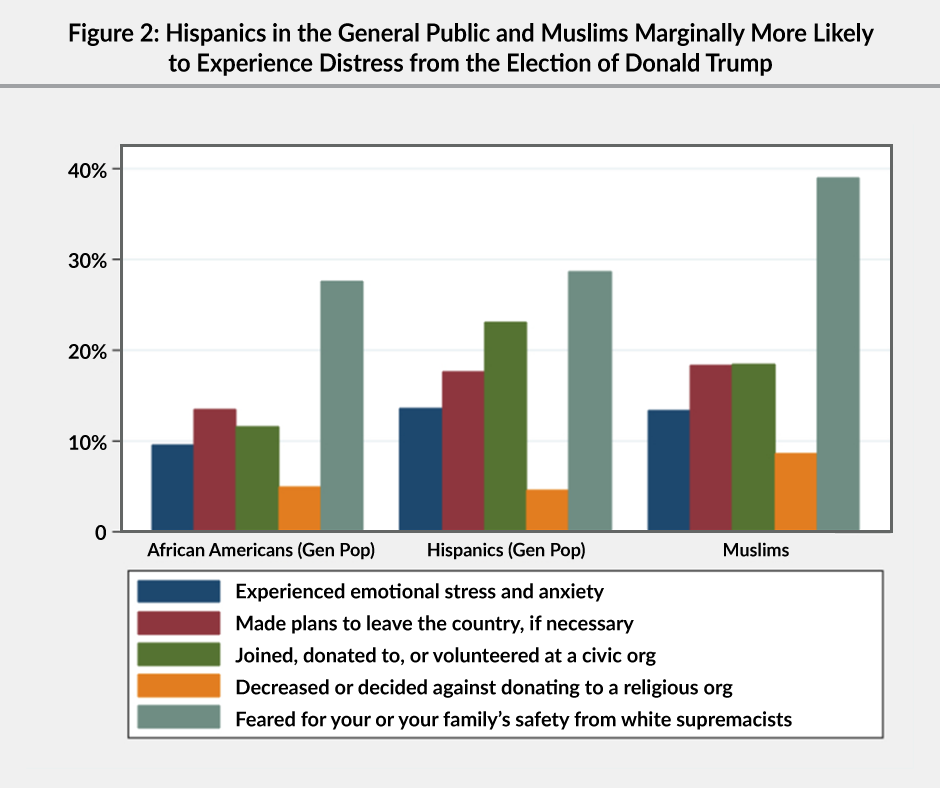 NOTE: Muslim African Americans and Hispanics are included in the Muslim sample.