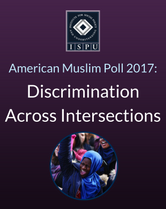 This analysis is Part 1 in a two-part series on intersectionality. Read Part 2.

Although the term “intersectionality” has been around for decades in academic circles, it has only recently gained widespread salience. This idea that one’s identity, and any discrimination that derives from it, is a product of multiple, interconnected categories (e.g., gender, race, religion, and sexuality) seems fairly intuitive. If you are marginalized along multiple metrics, then you will naturally have a qualitatively different experience with oppression than someone whose identity is more socially privileged. This perspective is frequently used to deconstruct one-size-fits-all views of social inequality, but recognition of shared discrimination can also serve as a basis on which to build up relationships across minority communities.

How, then, does perceived racism vary across salient marginalized groups in the U.S.? To answer this question, ISPU’s 2017 poll asked a sample of the general population and a sample of American Muslims to report how often they faced racial discrimination over the previous 12 months both within and outside their faith communities. The choices presented to respondents were “Never,” “Rarely,” “Occasionally,” and “Regularly.”

Figures 1 and 2 rescale the response options from 0 to 1 and display the mean level of perceived discrimination for African Americans and Hispanics in the general population, and our separate sample of American Muslims. More specifically, Figure 1 demonstrates statistical parity across all three groups in terms of intra-religious racial discrimination, with self-reported levels fairly low across the board (no more than “Rarely,” on average). In other words, Muslims of all ethnic and racial backgrounds experience racial discrimination from other Muslims at the same rate as Black and Latino Americans in the general public experience the same from members of their respective faith communities. Muslim racial tensions are no better and no worse, but because racial diversity in the Muslim community far exceeds any other faith community, and every race group is a racial minority potentially facing racism from another group, Muslims are more likely to report this experience. 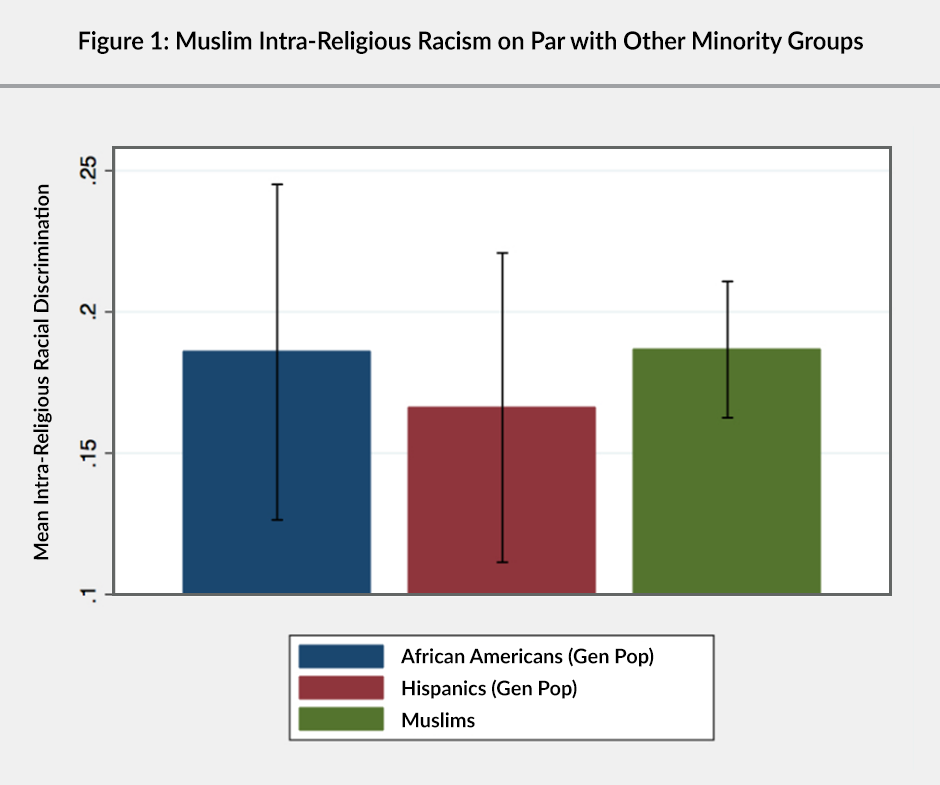 A similar picture emerges in Figure 2, which compares the experiences of inter-religious racism among African Americans, Hispanics, and Muslims. Although each group reports higher levels of racial discrimination from outside their faith community than within it, only among Muslims is this increase (a 75% rise in reported average frequency) statistically significant. Notably, this heightened perception of discrimination is felt by Muslims of all racial backgrounds, including the large percentage of African American Muslims in our sample. 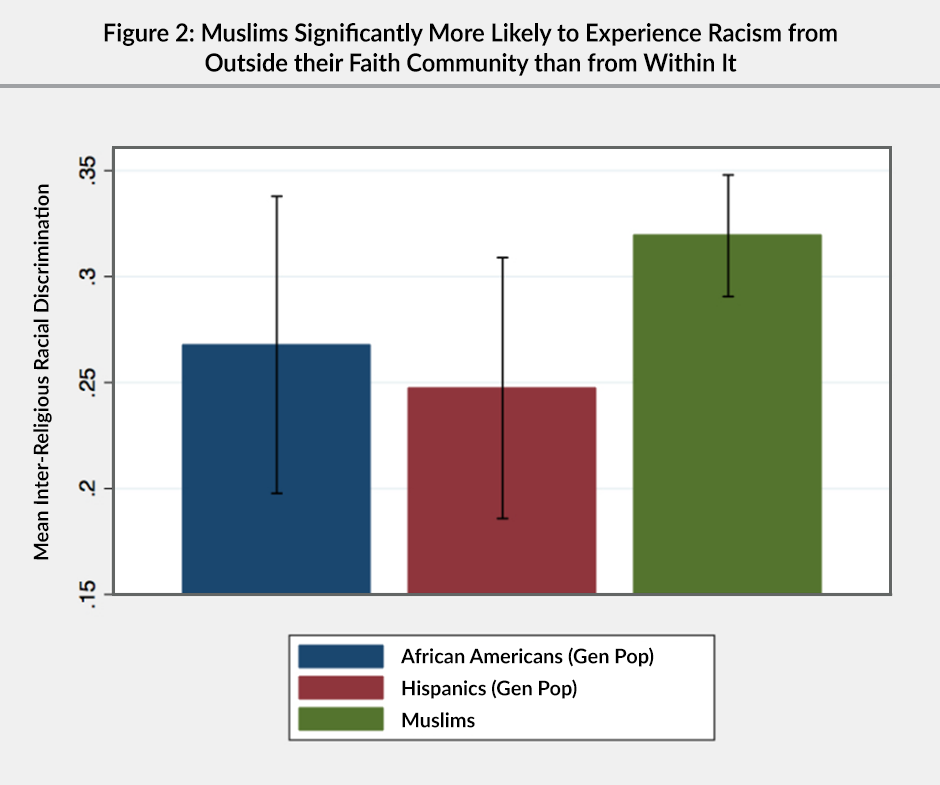 Taken together, these data points demonstrate that there is more than ample opportunity for Muslims to join with minorities in the broader public to fight against racial discrimination. At the same time, however, Muslims should also work to remedy these same social ills in their own communities.