Research on Racism and the Experiences and Responses of American Muslims

On May 25, Derek Chauvin, a white Minneapolis police officer, killed George Floyd, a handcuffed Black man in his custody, by holding his knee against Floyd’s neck for almost nine minutes until he died. Chauvin, who had 18 prior complaints against him, has been charged with third-degree murder. In the days since, the streets of more than 100 cities across the United States have been filled with massive protests, demanding an end to police brutality and widespread systemic racial bias and societal inequity. This uprising is occurring in the midst of the COVID-19 pandemic that disproportionately impacts Black Americans.

We offer ISPU research to help understand how Americans who are Muslim may be experiencing and responding to this moment. ISPU surveys show American Muslims are the most ethnically diverse faith group in the country, with a plurality (28%) identifying as Black or African American. 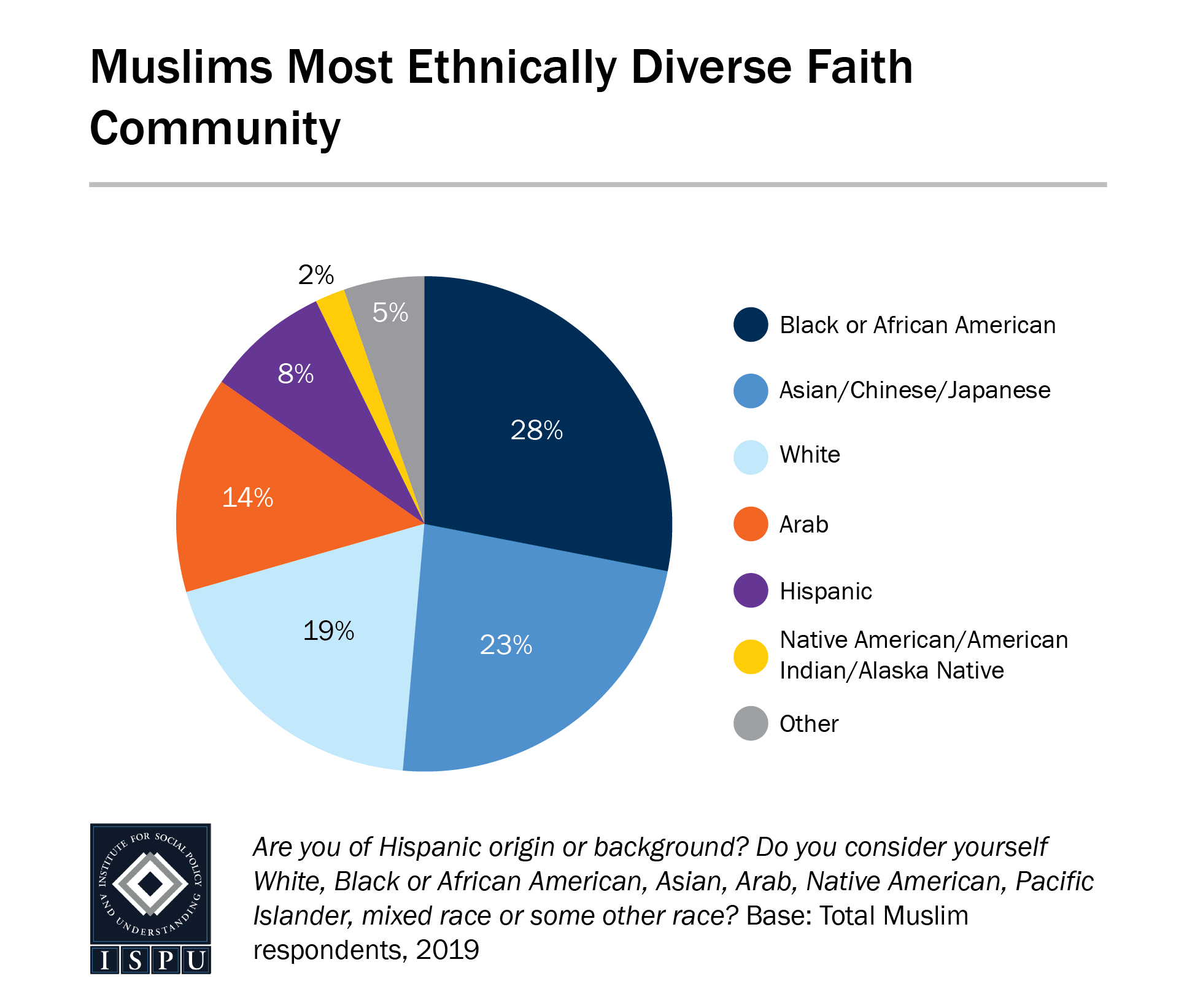 Though less frequent according to our survey, Black Americans, including Black Muslims, also experience racial discrimination within their own faith communities. In 2017, one in three Black Muslims and Black Christians said a fellow believer discriminated against them because of their race in the past year at least once. 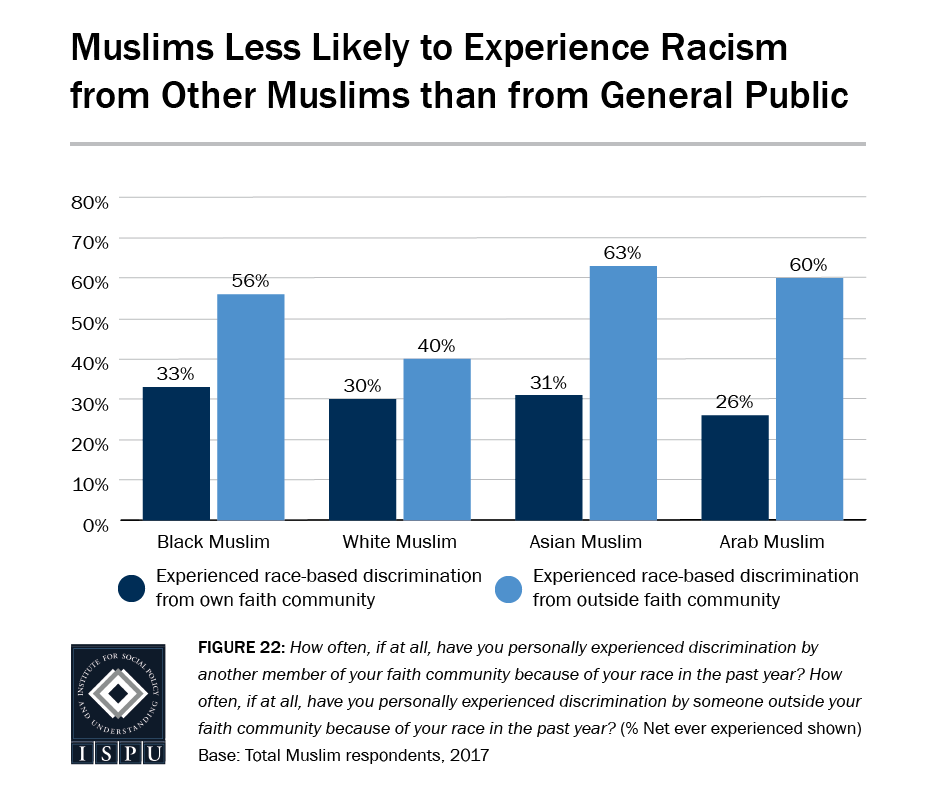 ISPU recommends the following resources to address the problem of racism and the role of American Muslims:

Although American Muslim communities are not free of racism, Muslims are the most likely faith group studied to consider bigotry and civil rights as the one of the most important issues facing our country today. This sentiment translates into 35% of those who donate to a Muslim cause donating to civil rights organizations, as well as robust (66%) support for the Black Lives Matter movement, higher than the general public or any other faith group. Young Muslims, Muslim women, and Asian Muslims report levels of support for Black Lives Matter on par with Black Muslims and the larger African American community, with at least 70% of each group reporting support for the movement. 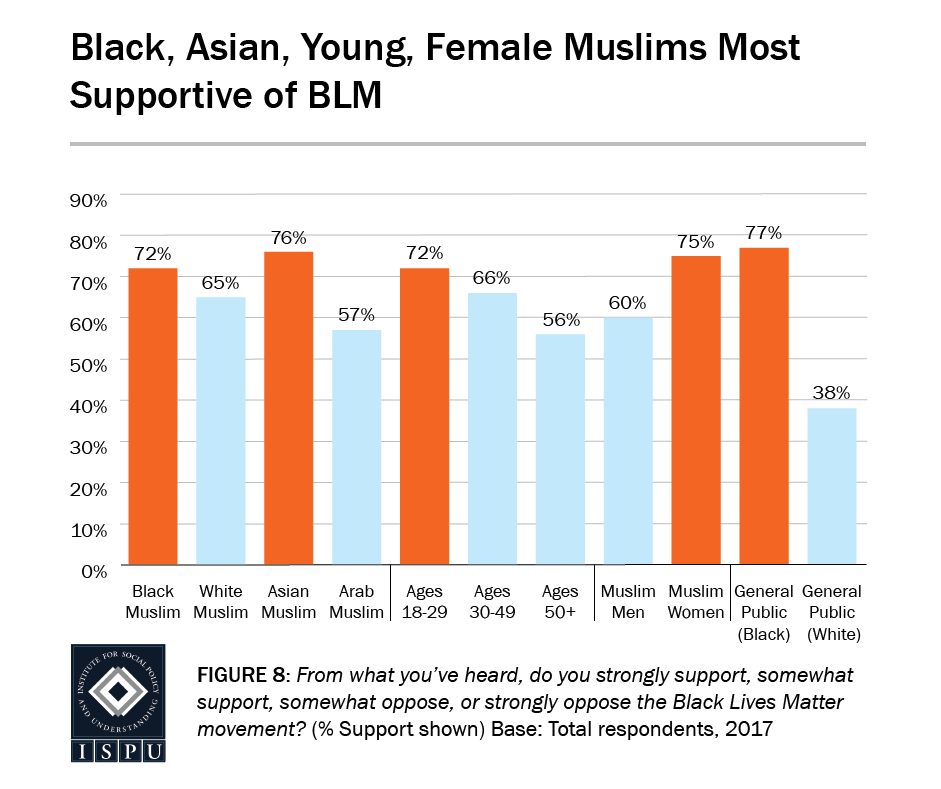 This is a moment of crisis and a moment of reckoning for the United States and its legacy of systemic violence toward people of color. It’s also a moment of opportunity to pursue a more just society and more equitable systems. ISPU is committed to research and education that illuminate the experience of Americans who are Black and Muslim.