The Rise and Fall of Al-Qaeda 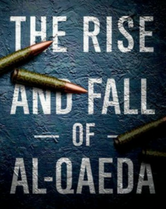 The Rise and Fall of Al-Qaeda

In this concise and fascinating book, Fawaz A. Gerges argues that Al-Qaeda has degenerated into a fractured marginal body kept alive largely by the self-serving anti-terrorist bureaucracy it helped to spawn. In The Rise and Fall of Al-Qaeda, Gerges, a leading authority on radical ideologies and Muslim extremism, argues that the Western powers have become mired in a “terrorism narrative” stemming from the mistaken belief that America is in danger of a devastating attack by a crippled Al-Qaeda. To explain why Al-Qaeda is no longer a threat, he provides a briskly written history of the organization, showing its emergence from the disintegrating local jihadist movements of the mid-1990s—not just the Afghan resistance of the 1980s as many believe—in “a desperate effort to rescue a sinking ship by altering its course.” During this period Gerges interviewed many jihadis, gaining a first-hand view of the movement that bin Laden tried to reshape by internationalizing it. He reveals that transnational jihad has attracted but a small minority within the Arab world and possesses no viable social and popular base. Furthermore, he shows that the attacks of September 11, 2001 were a major miscalculation—no “river” of fighters flooded from Arab countries to defend Al-Qaeda in Afghanistan as bin Laden expected. The democratic revolutions that swept the Middle East in early 2011 show that al-Qaeda today is a non-entity which exercises no influence over Arabs’ political life. Gerges shows that there is a link between the new phenomenon of homegrown extremism in Western societies and the war on terror particularly in Afghanistan-Pakistan and that homegrown terror exposes the structural weakness not strength of bin Laden’s al-Qaeda. Gerges concludes that the movement has splintered into feuding factions neutralizing itself more effectively than a Predator drone. Forceful incisive and written with extensive inside knowledge this book will alter the debate on global terrorism.