The Moroccan Path to Islamism 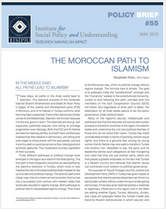 The Moroccan Path to Islamism

These days, all paths in the Arab world lead to Islamism. The electoral success the moderate Islamist Muslim Brotherhood and Salafi Al-Noor Party in Egypt, of the Justice and Development party (PJD) in Morocco, and of Al-Nahda in Tunisia confirms what has long been suspected: If and when democracy finally comes to the Middle East, Islamism will triumph because it is the only game in town. The Islamists are strong, well organized, politically popular, and willing to privilege pragmatism over ideology. Both the PJD and Al-Nahda are Islamist-leaning parties, but both have vociferously insisted that they believe in democracy, are willing and even eager to share power with the secularists, and are more focused on good governance than ideological and symbolic gestures. This moderation is a key ingredient of their success.

Three different pathways to political change have emerged in the region as a result of Arab Spring. The first path is that of peaceful revolution as exemplified by the Jasmine revolution in Tunisia, which more or less inspired the rest of the disenchanted Arab masses to rise up and demand political change. The second path is the Libyan way, that of a violent armed revolution that turned into a successful joint venture with western allies that eventually resulted in regime change. Both pathways to political reform necessitated regime change. Then there is the Moroccan way, which is political change without regime change. The formula here is simple. The goal is to gradually make the “constitutional” stronger and the “monarchy” weaker in the constitutional monarchy. Jordan is also following this path; perhaps even the members of the Gulf Cooperation Council (GCC) will follow. But regardless of what path is taken, the destination for all Arab states seems to be the same: governance under political Islam.

Many of the region’s secular intellectuals and politicians fear that the Islamists will use the democratic process to transform countries in the region into Islamic states and undermine the civil and political liberties of those who do not share their vision. Tunisia has made considerable strides in terms of granting women equal rights, and there is a genuine fear among its young women that Al-Nahda may now seek to transform Tunisia into another Iran. Needless to say, the party and its leadership denies such allegations as fear mongering and insist that they are just another party, albeit one that places a greater emphasis on the fact that Tunisia is a Muslim country and believes that Islamic values can contribute much wisdom to political governance.

The success of Tayyib Erdogan and his Justice and Development Party (AKP) in Turkey has given hopes to secularists that Islamist parties elsewhere can thrive in a democratic context without undermining or endangering democracy. It has also given Islamist parties a roadmap to legitimacy. Observers in the region and in the West are asking whether Egypt, Tunisia, Morocco, Jordan, and Libya will gradually follow the Turkish model and become Muslim democracies in which secular and Islamist parties compete to provide good governance to their people.