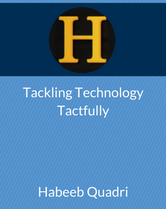 The Internet has opened up the world and connected people like nothing else. However, along with its socioeconomic benefits have come some grave detriments to its youngest of users, the children.

In the last 25 years, as an educator, youth activist and parent, I have interacted with thousands of children. Today, children as young as second and third grade are given cell phones with Internet connection and have free and full access to computers in their bedrooms. Parents use the latest children’s cell phone apps to lull their progeny into silent and happy submission. In fact, rarely will you see a family dining out together without half of them sitting at the table captivated by some sort of electronic device awaiting the delivery of their dinner. Technology has pervaded our lives; and children feeling the greatest impact.

An Institute for Social Policy and Understanding (ISPU) convening held on June 6-7, 2015, in Washington D.C., brought together 31 Muslim American experts and stakeholders, aged 18 to 68, on the state of the community’s youth, the problems facing them as they navigate adolescence and the fact that these problems are compounded because their lack of any profound knowledge on key aspects of Islam.

In the discussions, the one area that really piqued the most interest was Online Safety and Engagement. Everything a child sees, hears, discusses and experiences impacts their development, affecting him or her emotionally, socially, physically, mentally and spiritually.

A mere 15 years ago, children would typically only interact with individuals personally. Those obvious relationships that took place in real time, in the real world, witnessed and sanctioned by adults, were those that shaped a child’s life. However, in the last decade, with the rapid emergence of technology, and the “gift” of the World Wide Web, children now have the global community at their fingertips, in front of their faces, on screens between their hands, and in the privacy of their bedrooms. The benefits of such access are obvious, but do we take time really to contemplate the drawbacks and disadvantages? When a child or teenager is averaging more than three hours a day of screen time, how is this shaping their development?

Statistics collected by GuardChild show soaring cases of pornography, cyberbullying, radicalization, identity theft, and kidnapping related to children’s use of computers. 90% of children between the ages of 8-16 have seen online pornography. 70% of children 7-18 years old have accidentally encountered online pornography, often through a web search while doing homework. The largest group of Internet porn consumers is children ages 12-17. Approximately 116,000 child pornography requests are made daily on the Internet. 69% of teens regularly receive online communication from strangers. Cyber-bullying is a new issue facing children today — 65% of 8-14 year olds have been involved in a cyberbullying incident. Law enforcement officials estimate that more than 50,000 sexual predators are online at any given moment. Approximately 89% of sexual solicitations of youth were made in chat rooms or through Instant Messaging. Another rising issue of modern times is identity theft. More than 10 million Americans a year are victims of identity theft. The latest disturbing global phenomenon is radicalization of our youth through online enticement. According to Think Progress, ISIS has an extensive social media network that delivers at least 500 million messages a day through more than 46,000 Twitter accounts. All of these statistics on the misuse and mistaken use of the Internet among children and teens are very high, and as adults and caretakers, we need to make certain we are constantly monitoring our children’s activity on the web.

In addition to these incredibly dark and scary dangers, the more pervasive issue, one that is common practice among our impressionable youth, is seeking out Islam via “Sheikh Google.” Muslim youth look for explanations for aspects of faith that can be confusing or controversial and often the first place they turn for answers is the Internet, and often those answers are quite off base or skewed. This misinformation can lead a child further away from his or her faith and cause them to ascribe practices to Islam that are wholly un-Islamic. Additionally, they can be terribly affected by the barrage of negative commentary that often accompanies the misinformation and stereotypes being perpetuated online. This negativity only works to derail a child’s spiritual life and no good can come of it. This is where our institutions can come into play to provide accurate Islamic education and safe places for learning and developing one’s faith.

While we are utilizing technology to simplify our lives, to communicate, organize, display, express, purchase, research, market, and so on, better and more easily, we also need to remember that it is just as simple for children to access purposefully or accidentally the seedy side of the Internet where many dangers lurk. As an educator and youth activist, I have seen how technology can enhance a child’s development, especially in terms of furthering educational goals, but I have also seen how the Internet especially can literally destroy a child’s intellectual, emotional, mental, social, and spiritual aspects. Parents don’t need to ban the Internet but the primary caretakers (parents, community and youth activists, religious scholars, educators, mental health professionals) need to educate themselves and their children about the benefits and dangers of the Internet.

There are too many parents who give their children and teenagers full access to cable TV, laptops, and smartphones to use in the privacy of their bedrooms with no safety protectors whatsoever. At the very least, devices accessible by children should be outfitted with filtering or blocking software to make sure they are not encountering things they shouldn’t see or interacting with people they have no business connecting with. Parents must pay full attention to their child’s online activity. GuardChild’s research shows that only 33 percent of households have devices containing filtering or blocking software. Online interactions affect children. Their growing identity and developing spirituality is at stake. It is the parent’s’ job to ensure their children’s safety and to shield them from detrimental life experiences that offer no value. They must be fully aware of the virtual world their wards are visiting every day to make certain it benefits them. Yes, WWW is the World Wide Web, but it also informally stands for Whatever, Whenever, and Whoever: Whatever you want to see, read, and discuss; Whenever you want to see, read, and discuss; and, Whoever you want read, see, and discuss [with]. It’s all out there in cyberspace, the good, the bad and the ugly. Since there is no way to police one billion users at once, parents must police those within our realm, their children and those whose well-being is their responsibility.

——————-
This article originally appeared in the November/December 2016 issue of Islamic Horizons.