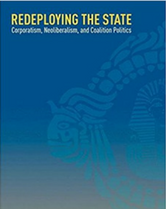 Why has the Egyptian state, which is more repressive and authoritarian than its Mexican counterpart been unable to overcome the opposition of a labor movement, that is smaller, less organized, and more repressed than the Mexican labor movement? Through agitation or the threat of agitation, Egyptian workers have been able to hinder the reform process, while the Mexican labor movement, which is larger and better organized was unable to resist privatization. The Egyptian state’s low capacity and isolation is best understood by looking at the founding moment — or incorporation period of each regime. The critical distinction between Mexican and Egyptian incorporation is that in Egypt, the labor movement was depoliticized and attached to the state bureaucracy, while in Mexico, workers were electorally mobilized into a political party. This difference would prove crucial during the reform process, because, social control in Mexico, exercised through the PRI, was more effective in coopting opponents and mobilizing urban constituencies for privatization than the control mechanisms of the Egyptian state bureaucracy.