Obama and the Middle East: The End of America’s Moment? 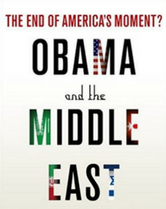 Obama and the Middle East: The End of America’s Moment?

The 2011 Arab Spring upended the status quo in the Middle East and poses new challenges for the United States. Here, Fawaz Gerges, one of the world’s top Middle East scholars, delivers a full picture of US relations with the region. He reaches back to the post–World War II era to explain the issues that have challenged the Obama administration and examines the president’s responses, from his negotiations with Israel and Palestine to his drawdown from Afghanistan and withdrawal from Iraq. Evaluating the president’s engagement with the Arab Spring, his decision to order the death of Osama bin Laden, his intervention in Libya, his relations with Iran, and other key policy matters, Gerges highlights what must change in order to improve US outcomes in the region.

Gerges’ conclusion is sobering: the United States is near the end of its moment in the Middle East. The cynically realist policy it has employed since World War II—continued by the Obama administration–is at the root of current bitterness and mistrust, and it is time to remake American foreign policy.