If Egypt’s Present Is Catastrophic, Its Future Is Unthinkable 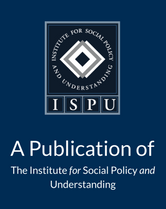 If Egypt’s Present Is Catastrophic, Its Future Is Unthinkable

Former Egyptian president Mohammed Morsi was removed from office more than a month ago – and the immediate fallout from that day has ceased to level itself out. On the contrary, the violence of Wednesday, when more than 500 were killed, has shown that the worst repercussions could be yet to come. With the reimposition of the law of emergency and a night time curfew, what next is to come in Egypt’s turbulent transition?

It seems clear that within the pro-Morsi camp, the Muslim Brotherhood is presently unwilling to engage in direct negotiations with the military-backed interim government. Their precondition, at least publicly, is the reinstatement of Mr Morsi to the presidency – a demand that seems unlikely to be realised anytime soon. Beyond the Muslim Brotherhood, however, there are others who supported Mr Morsi (such as the Salafi parties and the Wasat Party), who may yet become the intermediaries between the Brotherhood and the interim government.

Those intermediaries, whether national or international, are going to be challenged by the entrenchment of the different parties. In the meantime, violence is a clear and present danger. The clearing of the sit-ins led to scores of civilians being killed as a direct result of the excessive force used by the security forces, coordinated by the Ministry of the Interior. That is not necessarily the end of clashes between civilians and the security forces because pro-Morsi protesters are not likely to simply go home at this point. They have already tried to set up new protests and new sit-ins in different places – and as long as that is likely, a harsh, brutal and disproportionate response is predictable from the state.

Beyond that violence between civilians and the security services, there is another type of violence – which is the violence used in “retaliation” against civilians in different parts of the country by pro-Morsi groups. An increasing number of churches have been attacked, as some pro-Morsi forces identify the Christian community of Egypt as being highly supportive of the military deposal of Mr Morsi.

All need to keep this in mind: the failure of negotiations directly leads, and has led, to the loss of life.
And yet all are acting under a particular calculus. The government, and the pro-Morsi camp, have both hitherto been treating this conflict as one where eventually international negotiations will take place. This is not a dispute between two countries, but between a government that controls the country and an ousted political faction with far less support than it presumes. That faction had earned the disappointment of the overwhelming majority of the country’s population, which has been detailed by recent Tahrir Trendsand Gallup polls.

The present road map, drawn up by the interim government, cannot simply be about a constitutional reform process and addressing economic mismanagement (the latter seems to be taken for granted); the interim government must recognise that there are huge obstacles to Egypt’s long-term stability beyond those types of issues.

What happened on August 14 – with hundreds of people killed, including civilians outside of Cairo who had no protection provided to them by the police, as well as civilians killed by state security forces in the crackdown on the sit-ins – points to a key fact. The January 25 uprising in 2011 started on that day for a reason: because it was the national police day, and police brutality had infuriated many Egyptians for a long time.

The reform of the Ministry of the Interior, nevertheless, has not been on the agenda of any political force – and it must be. The security forces must be able to carry out their duties in Egypt without resorting to excessive force and abuse. And if that reform is begun now, then all Egyptians, pro-Morsi or otherwise, will benefit as a result. If it is not, then all of Egypt will suffer.

The road map ought to take something else seriously before it is too late. It is not simply the case that August 14 was a mistake, hastily enacted despite the all too predictable consequences. It was a mistake that has resulted in the strengthening of more hard-line voices within the state, at a time when that is simply not remotely conducive to building a sustainable, progressive political process. The maintaining of law and order in Egypt does not require excessive force but it does require a sustainable political reality and a reconciliation process that recognises the failings and crimes of the past three years. What is happening in Egypt at present is unsustainable – it is destabilising Egypt domestically, and potentially wreaking havoc on its relationships internationally.

When Mr Morsi issued his supra-constitutional decree, declaring his decision beyond judicial review last November, many took to the streets and Egyptians at large viewed it as a bad decision. He never came back from that – and the results led Egypt to June 30. August 14 is a catastrophe of massive proportions and Egypt has to find a path to get past it. Otherwise, it is entirely possible that Egypt will find itself in the midst of more sad days to come, until people decide they’ve had enough of the circle of violence. The last three years have shown the utter and total failure of leadership among Egypt’s political elite, from all sides. Egyptians need to realise that as long as that continues, Egypt will be the loser.

This article was published in The National on August 15, 2013. Read it here.


Dr H.A. Hellyer,  is an ISPU Fellow, a non-resident fellow at the Brookings Institution, and a Cairo-based specialist on Arab affairs, and relations between the Muslim world and the west.