Educating the Muslims of America 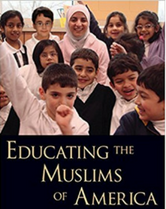 Educating the Muslims of America

As the Muslim population in the United States continues to grow, Islamic schools are springing up across the nation’s landscape. Education, both secular and religious, has always been of the greatest importance to the Muslim community in America. Muslims have made it clear that they want their children to have the best education possible at the same time that they are learning the essentials of their faith. Especially since the events of September 11th, many Americans have become concerned about the teaching going on behind the walls of these schools. The essays collected in this volume look behind those walls and discover both efforts to provide excellent instruction following national educational standards and attempts to inculcate Islamic values while protecting students from what are seen as the dangers of secularism and the compromising values of American culture.

Muslim parents may choose to send their children to public schools and provide afternoon or weekend religious education. In public schools, however, children often encounter prejudice or take part in the study of subjects not considered appropriate by Muslim parents. Some parents may decide on Islamic schools. However they are still relatively few in number and are often under-supported both financially and administratively. A small but slowly growing number of parents elect home schooling for their children, and gradually resources on the internet and elsewhere are being developed to help them. Islamic schooling and home schooling, it is argued, provide the opportunity to guide children in all aspects of their work while remaining in an Islamic environment.

This volume of collected essays deals with a wide range of issues challenging Muslim Americans as they seek a well-rounded religious education from adolescence to adulthood. Also explored are college-level education, the kinds of training being offered by Muslim chaplains in universities, hospitals, and prisons, and the ways in which Muslims are educating the American public in the face of hostility and prejudice. This timely volume is the first dedicated entirely to the neglected topic of Islamic education in the United States.