A World Without Islam 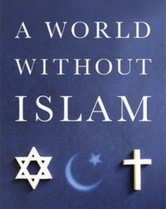 A World Without Islam

In this wide-ranging historical text, Fuller, former vice chairman of the National Intelligence Council at the CIA, suggests that many of the current tensions that exist between the East and the West have geopolitical rather than religious origins and that these tensions would have arisen in a “world without Islam.” The author opens the book with a theological analysis that emphasizes the continuities among the three Abrahamic faiths. He then pivots to an extended history of the Christian world that focuses on the conflict between Latin and Byzantine Europe, pointing out that the schism between them largely motivated the Crusades. The book then covers the relationship of Islam to Russia, India, and China before turning to the Muslim world specifically, surveying its centuries-long decline from a position of cultural, political, and economic dominance. Fuller covers an extraordinary number of subjects lucidly, and whether readers are persuaded by his valorization of geopolitics above religion, he cogently lays out the complex causes of contemporary conflicts and makes bold policy recommendations that move conversations about East-West relations beyond religious and ideological divides.