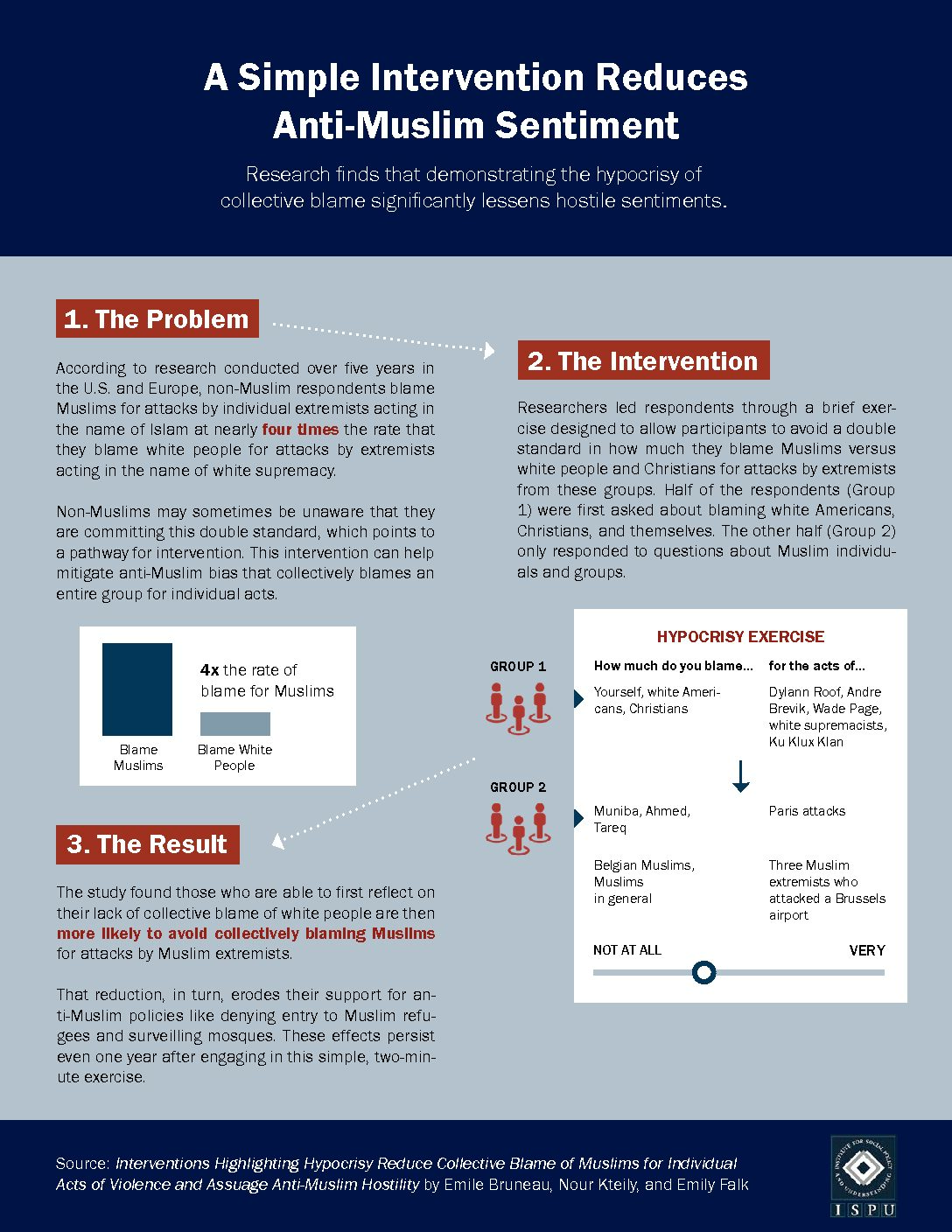 Non-Muslims may sometimes be unaware that they are committing this double standard, which points to  a pathway for intervention. This intervention can help mitigate anti-Muslim bias that collectively blames an  entire group for individual acts.

This infographic helps demonstrate how the “hypocrisy of collective blame” can lessen hostile sentiment towards Muslims.

Dr. Emile Bruneau was the founder and director of the Peace and Conflict Neuroscience Lab at Penn’s Annenberg School of Communication.