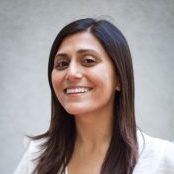 Nazita Lajevardi is a political scientist and attorney working primarily in race, ethnic politics, and American politics. Dr. Lajevardi’s research lies at the intersection of religion, race, ethnic politics, representation, and discrimination. Broadly, she examines one overarching question: How do racial minorities fare under American democracy? She approaches this question from two perspectives: (1) from the perspective of minorities themselves and (2) how the public treats them (e.g., how legislators treat them, how the public views them, and how the media discusses, frames, and communicates about them). A significant portion of Dr. Lajevardi’s scholarship focuses specifically on Muslim Americans, as a racialized religious minority. She examines the treatment of Muslim Americans from a myriad of perspectives, attempting to overcome numerous measurement obstacles.

Nazita Lajevardi and Marisa A. Abrajano. “How Negative Sentiment towards Muslim Americans Predicts Support for Trump in the 2016 Presidential Election.” The Journal of Politics. (Ahead of print).

Nazita Lajevardi and Kassra AR Oskooii. “Old-Fashioned Racism, Modern Racism, and the Isolation of Muslim Americans in the Age of Trump.” Journal of Race, Ethnicity, and Politics (2018): 1–41.