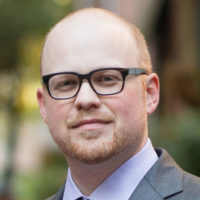 Erik Love, Ph.D. is Assistant Professor of sociology at Dickinson College in Pennsylvania. His research centers on race and civil rights advocacy in the United States. His first book, Islamophobia and Racism in America (New York University Press, 2017), looks at Islamophobia as a form of racism and the shortcomings of relying on civil rights protections to correct this problem. After receiving his doctorate in Sociology at the University of California, Santa Barbara in 2011, Erik was appointed to his position at Dickinson College in Sociology and served as Chair of Middle East Studies. His work has received support from a number of institutions including the National Science Foundation and the James Weldon Johnson Institute for the Study of Race and Difference.

Was Usaama Rahim Entrapped by the FBI?

The FBI’s War on Fake Terrorism