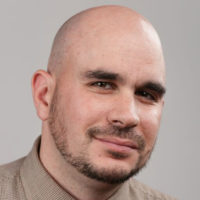 Ben Herzig is a Scholar at ISPU and is a psychologist in private practice in the Boston area. He received his doctorate in Clinical Psychology from Antioch University New England. He has practiced in numerous settings, including community health centers, emergency rooms, schools, state hospitals, and the federal prison system. Dr. Herzig has authored several academic journal articles and is a reviewer for the Journal of Multicultural Counseling and Development and the Journal of Muslim Mental Health. Dr. Herzig’s research interests are focused on the intersection of psychology and religion, and he has recently agreed to co-author a chapter on Islam and mental health for Johns Hopkins University Press. He has contributed his expertise in various settings, such as Harvard Medical School grand rounds, Columbia University, Boston College, Boston University School of Medicine, and the University of Connecticut School of Law. He serves on the board of directors of the Center for Jewish-Muslim Relations. Dr. Herzig has studied at Yale University, Tufts University, and the University of Pennsylvania, from which he graduated with a degree in Psychology and a minor in Religious Studies.