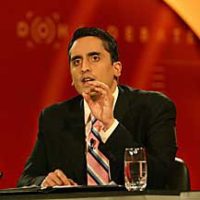 Arsalan Iftikhar is an international human rights lawyer, global media commentator and author of the book SCAPEGOATS: How Islamophobia Helps Our Enemies & Threatens Our Freedoms which President Jimmy Carter called “an important book that shows Islamophobia must be addressed urgently.” Arsalan is also a faculty member at Georgetown University’s Edmund A. Walsh School of Foreign Service where he researches and writes about Islamophobia as a Senior Fellow for The Bridge Initiative. Arsalan has also been an adjunct professor of religious studies at DePaul University and he is also a member of the Asian American Journalists Association (AAJA) and Reporters Without Borders.