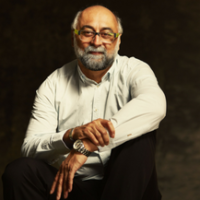 Dr. Amir Hussain is Professor of Theological Studies at Loyola Marymount University in Los Angeles, where he teaches courses on world religions. His own particular speciality is the study of Islam, focusing on contemporary Muslim societies in North America. His academic degrees (BSc, MA, PhD) are all from the University of Toronto where he received a number of awards, including the university’s highest award for alumni service. From 2011 to 2015, Amir was the editor of the Journal of the American Academy of Religion, the premier scholarly journal for the study of religion.

He has a deep commitment to students, and holds the distinction of being the only male to serve as Dean of Women at University College, University of Toronto. He is interested in areas such as religion and music, religion and literature, religion and film and religion and popular culture. He is an advisor for the television series The Story of God with Morgan Freeman. In 2008, he was appointed a fellow of the Los Angeles Institute for the Humanities.

Prior to his appointment at Loyola Marymount University, Amir taught at California State University, Northridge (CSUN) from 1997 to 2005. Amir won a number of awards at CSUN, both for his teaching and research. In 2001 he was selected for the outstanding faculty award by the National Center on Deafness. For the academic year 2003-04, he was selected as the Jerome Richfield Memorial Scholar. In both 2008 and 2009, Amir was chosen by vote of LMU students as the Professor of the Year. His most recent book is Muslims and the Making of America, published in 2016 by Baylor University Press. He is the co-editor for the fourth editions of World Religions: Western Traditions, and World Religions: Eastern Traditions, textbooks published in 2014 by Oxford University Press. He is also the co-editor for the third edition of A Concise Introduction to World Religions, published by OUP in 2015. Prior to those books, he wrote an introduction to Islam for North Americans entitled Oil and Water: Two Faiths, One God (Kelowna: Copper House, 2006). He has published over 50 book chapters and scholarly articles about religion.

Amir Hussain on Muslims and the Making of America

There Has Never Been an America without Muslims

The Future of Islam and Jesuit Universities