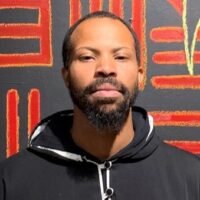 Rasheed El Shabazz is the inaugural ISPU Black Muslim Experiences Research Fellow. His project, The Mosque and the Block, builds on the findings in the US Mosque Survey 2020, which showed a decline in the number of African American masjids and attendees. Shabazz is concerned with the impacts of neighborhood change, particularly gentrification and displacement, on the connections between African American mosques and neighborhoods. He also seeks to understand the housing experiences of African American Muslims and the impact on community engagement.

Shabazz has worked as a youth development professional, journalist, researcher, and community organizer. His work in the Muslim community has focused on the surveillance of Muslims, reentry services, and support for political prisoners. Shabazz previously served on the board of the Muslim Anti-Racism Collaborative (MuslimARC) and currently leads Habari Ummah, an effort focused on news, events, and culture in the Bay Area. He is a father and cares for a cat named after Safiyah Bukhari.

“‘A Show of Force’: Muslim-Americans Plan to Get the Vote out on Super Tuesday,” Middle East Eye, March 3, 2020

“How Hind Makki Is Changing the Conversation around Women’s Inclusion in Mosques,” Religion News Service, April 1, 2019