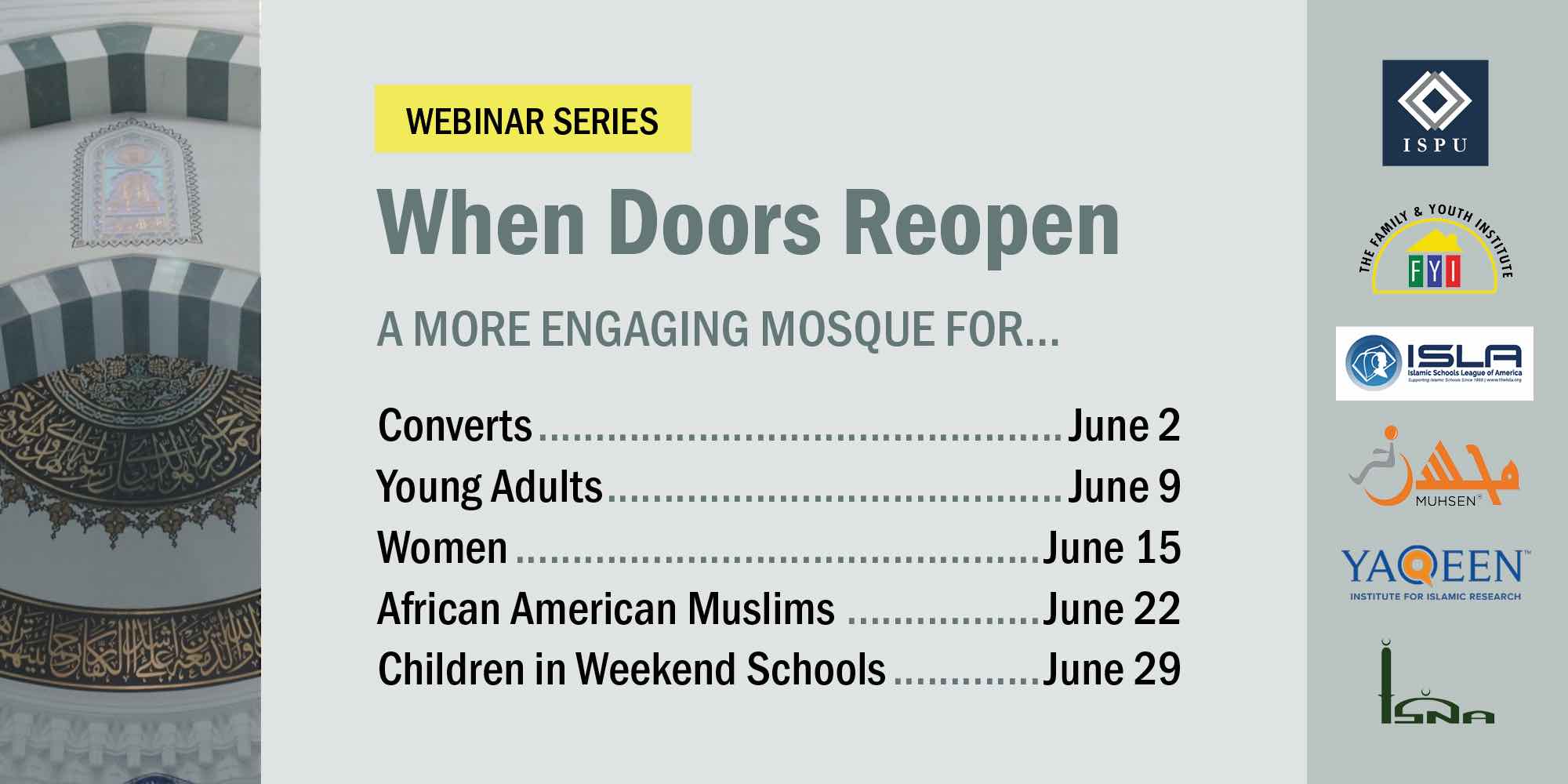 ISPU data show women and men attend mosques in the U.S. at nearly equal rates, and a majority of Muslims (71%) say religion is very important to their daily lives. But Muslim women incur a far greater social cost than Muslim men for their faith identity in the form of higher rates of religious discrimination (55% of men vs. 68% of women report experiencing religious discrimination in the past year). While Muslim women are very active in their communities and mosques, many mosques are not friendly spaces for Muslim women. There are many barriers, both physical and cultural, that prevent Muslim women from accessing mosques fully. Join an expert panel in this webinar to discuss research-based recommendations on creating more welcoming mosques for women.

The Reimagining Muslim Spaces (RMS) study aims to stimulate and support mosques and community centers to meet the diverse social, civic, and economic needs of their congregants with special attention to often marginalized groups, including women, youth, and converts. Utilizing case study analysis produced by the RMS study, mosques and community centers can reduce barriers to participation, improve the services they offer, and increase constituent engagement. By providing recommendations that individuals, communities, and institutions can implement, the RMS study will help build community, reduce marginalization, and increase cohesiveness.