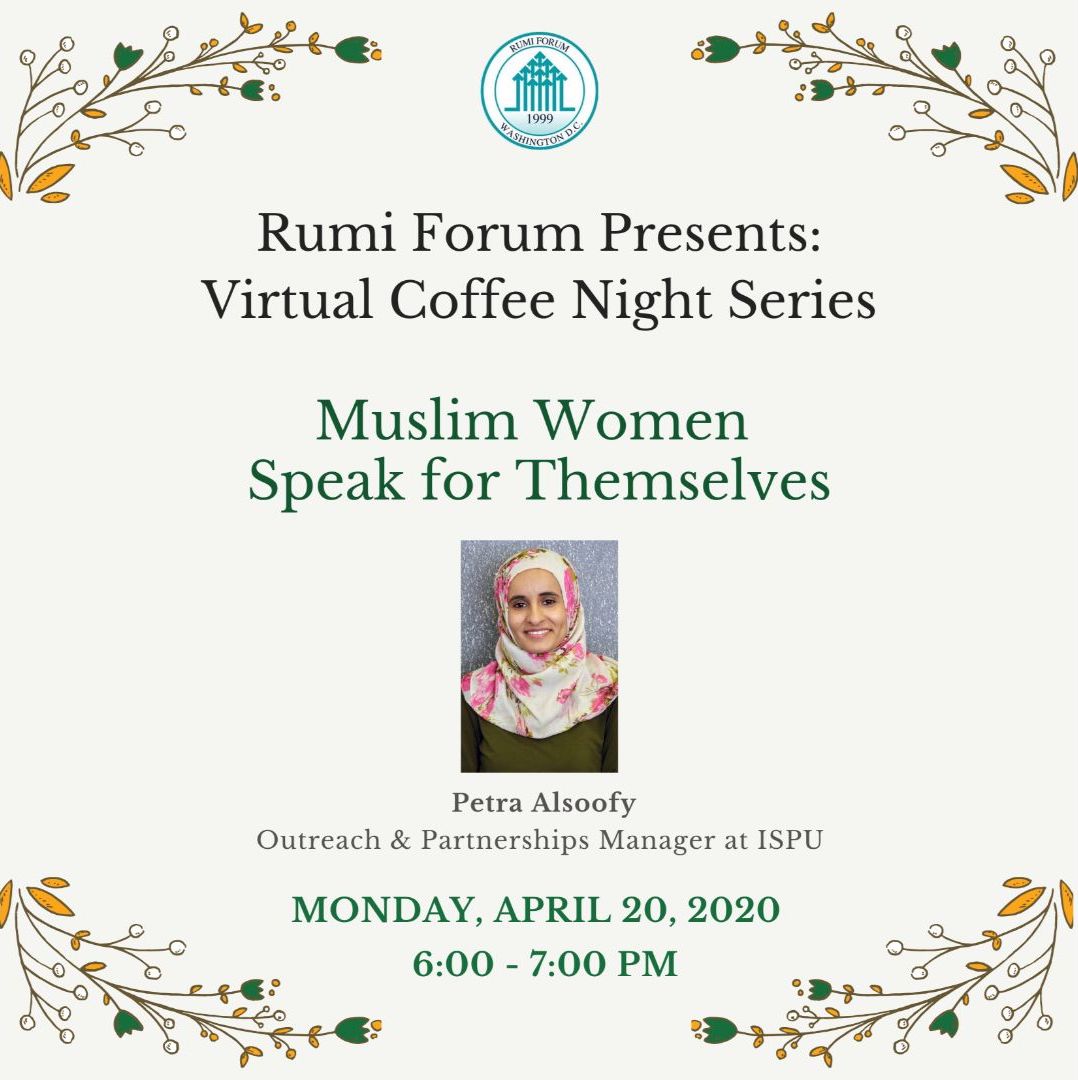 The Rumi Forum is organizing a Coffee Night speaker series, featuring prominent speakers such as ISPU Outreach & Partnerships Manager Petra Alsoofy. We often say “let’s have a cup of coffee” to imply “let’s have a conversation.” Coffee facilitates many fruitful exchanges, and nothing beats a relaxed, stimulating discussion.

On April 20, join the Rumi Forum in conversion with Petra Alsoofy, who joined ISPU after serving more than four years as an educator at the Arab American National Museum, where she worked with educators, students, and professionals. In her role at the museum, Petra educated visitors about the history and the contributions of Arab Americans as well as stereotypes and challenges they face. She also serves as a board member on the Michigan Council for History Education. Petra is a graduate of Grand Valley State University where she earned a BA in political science.