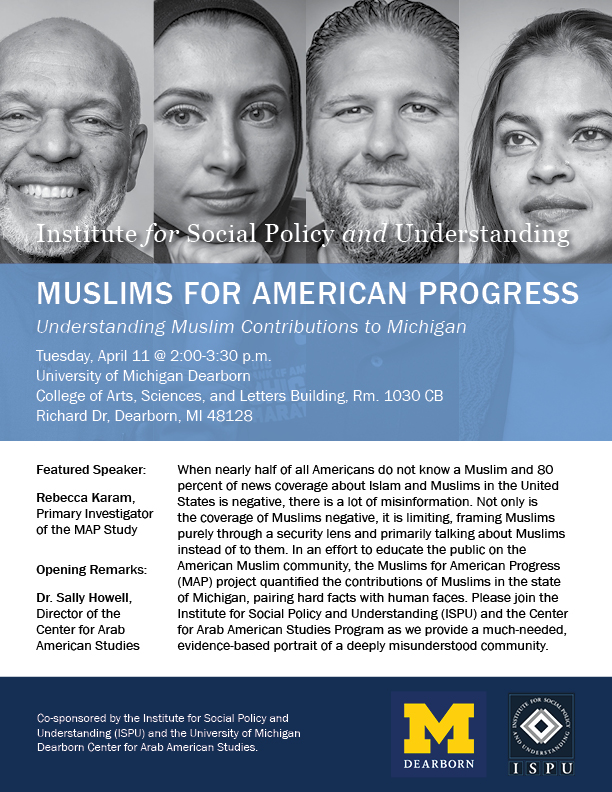 Join us in Rm. 1030 CB for “Muslims for American Progress: Understanding Muslim Contributions to Michigan”!

When nearly half of all Americans do not know a Muslim and 80 percent of news coverage about Islam and Muslims in the United States is negative, there is a lot of misinformation. Not only is the coverage of Muslims negative, it is limiting, framing Muslims purely through a security lens and primarily talking about Muslims instead of to them. In an effort to educate the public on the American Muslim community, the Muslims for American Progress (MAP) project quantified the contributions of Muslims in the state of Michigan, pairing hard facts with human faces. Please join the Institute for Social Policy and Understanding (ISPU) and the Center for Arab American Studies Program as we provide a much-needed, evidence-based portrait of a deeply misunderstood community.

The featured speaker is Rebecca Karam, Primary Investigator of the MAP Study, with opening remarks from Dr. Sally Howell, Director of the Center for Arab American Studies