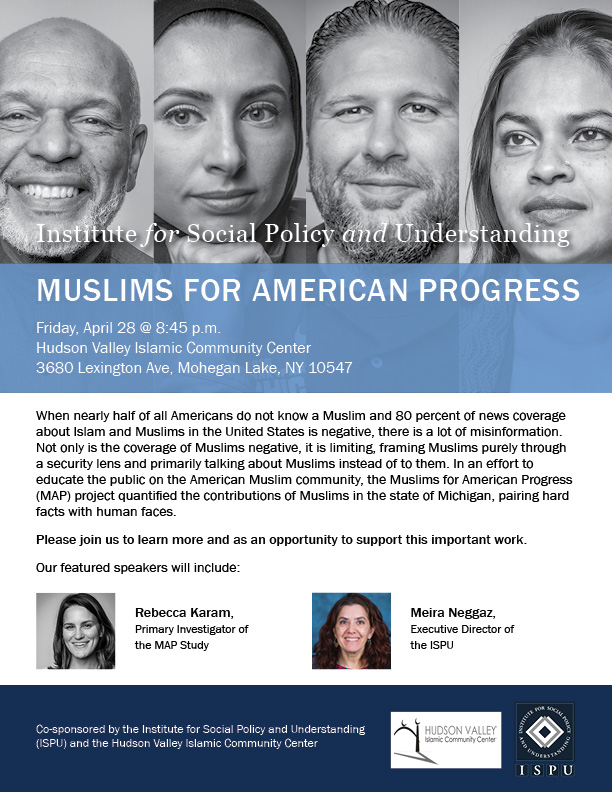 Please join us to learn more and as an opportunity to support this important work.

Our featured speakers will include Rebecca Karam, primary investigator of the MAP study, and Meira Neggaz, executive director of ISPU.