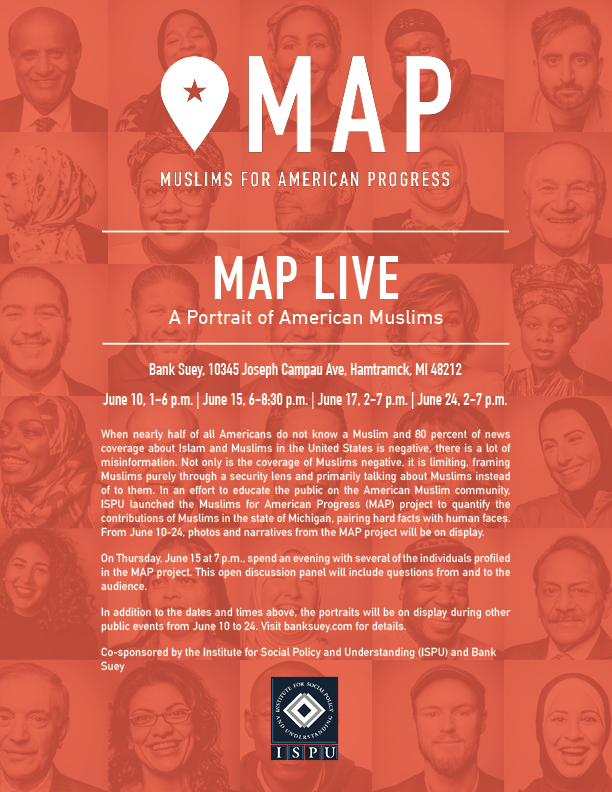 In addition to the dates above, photos and narratives from the MAP project will be on display during other public events from June 10 to 24. Visit www.banksuey.com for details.

On Thursday, June 15 at 7 p.m., Bank Suey will host an open panel discussion with several of the people profiled in the MAP project, an event that will include questions from and to the audience.