ISPU is coming to the 2019 MAS-ICNA Convention in Chicago! We hope you’ll come visit our sessions in RM S106 on Sunday, December 29—we’ll be there all day. 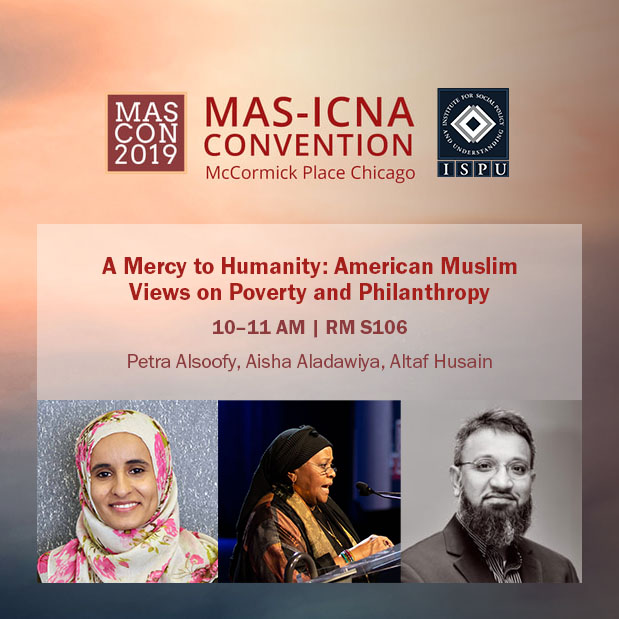 A Mercy to Humanity: American Muslim Views on Poverty and Philanthropy

Muslim Americans fair better socioeconomically than other minority Muslim populations around the globe. But what is the state of low socioeconomic status in the American Muslim community? What do American Muslims believe causes poverty? Taking care of the economically disadvantaged and charitable giving are both part of the DNA of Muslim communities. Muslim giving is primarily motivated by religious obligation and the sense that those with more should help those with less. So, what does philanthropy in Muslim American communities look like? Who do Muslims give to and what causes are their priorities? Does Muslim American philanthropy match their priorities? 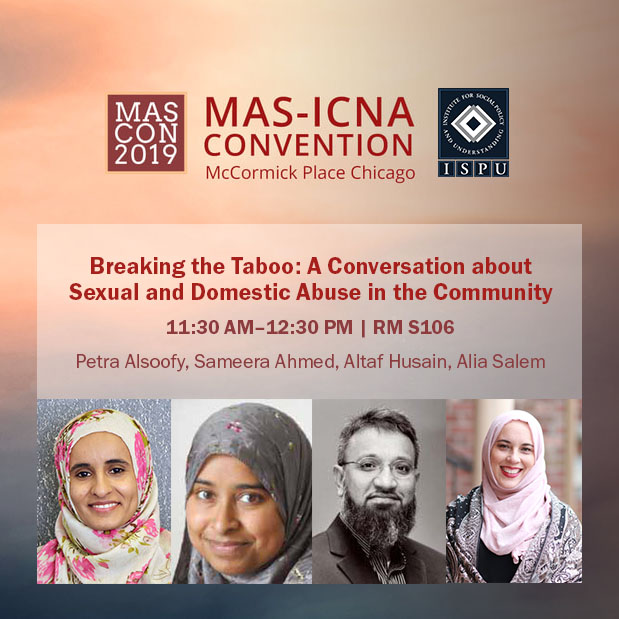 Breaking the Taboo: A Conversation about Sexual and Domestic Abuse in the Community

With 8% of American Muslims reporting that they know someone personally who has been the victim of unwanted sexual advances from faith leaders, and 13% reporting that they know someone who was a victim of domestic violence, it’s time to have this conversation. What can Muslim institutions and leaders do to prevent future abuse? How can we care for victims without losing faith in our institutions? 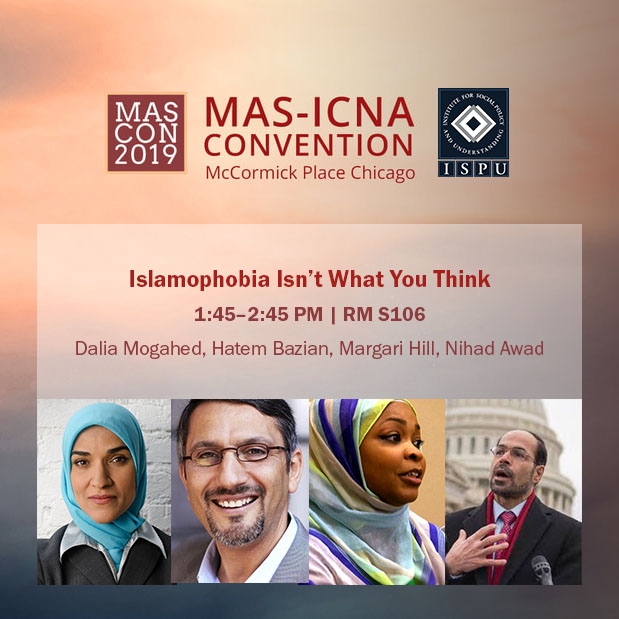 Islamophobia Isn’t What You Think

Islamophobia is linked to bigotry against other minority and marginalized groups. Anti-Muslim bias is a branch on the tree of bigotry, sown from the same soil that grows anti-Black racism and antisemitism. What does ISPU’s Islamophobia Index tell us? Which faith groups are likely to have strong relationships with Muslims? And what recommendations does ISPU have for combating Islamophobia? 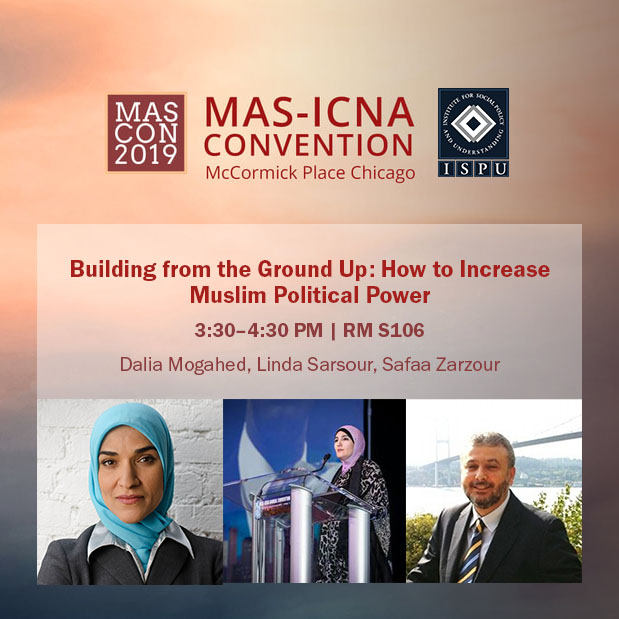 Building from the Ground Up: How to Increase Muslim Political Power

Interfaith Luncheon: Role of Religion in an Era of Politics of Hate

You Say I Dream Too Big, I Say You Think Too Small

Islamophobia Isn’t What You Think

Building from the Ground Up: How to Increase Muslim Political Power