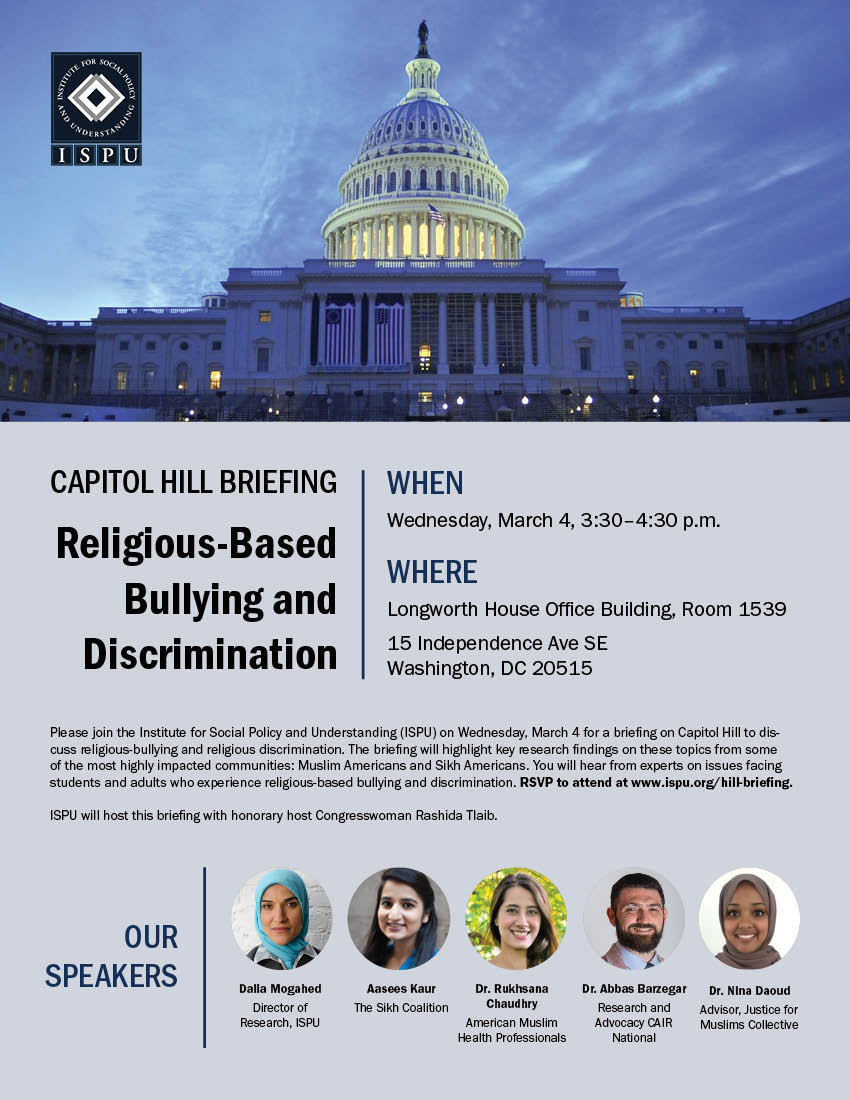 Please join us for a briefing on Capitol Hill to discuss religious-bullying and religious discrimination. We’ll highlight key research findings on these topics from some of the most highly impacted communities: Muslim Americans and Sikh Americans. ISPU will host this briefing with honorary host Congresswoman Rashida Tlaib in Room 1539 of the Longworth House Office Building.

In our current socio-political climate, it has become commonplace to hear derogatory statements made in public spaces about Muslims, Sikhs, and other minority faith communities. Particularly troubling are the harassment, intimidation, and bullying of religious-minority youth reported in school settings. In a study conducted by ISPU on a nationally representative sample of American families, 42% of Muslims, 23% of Jews, and 6% of Catholics reported that at least one of their children had been bullied in the past year because of their religion.

At this briefing, you’ll hear from experts on issues facing students and adults who experience religious-based bullying and discrimination. Our speakers include: