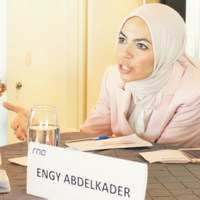 Engy Abdelkader is an award-winning attorney and scholar who has worked with Muslims, Arabs and South Asians since 9/11 to address Islamophobia. Her research and writing explores religious freedom challenges confronting American Muslims, European Muslims and Burmese Rohingya, among others. The author of When Islamophobia Turns Violent: The 2016 U.S. Presidential Elections, Abdelkader’s legal scholarship has been published in the Fordham International Law Journal, Asian American Law Journal at Berkeley Law and the UCLA Journal of Islamic and Near Eastern Law, among other law journals. Her popular writing has appeared in TIME, CNN, Christian Science Monitor, Huffington Post, and other news outlets. Abdelkader holds two U.S. law degrees including credentials from the University of Pennsylvania Law School, where she served as a Constitutional Law teaching fellow and graduated with academic distinction.

This Ramadan, Curious George Teaches Kids About Islam and Muslims

From Eagle Scouts to prom queens, a different view of American Muslims

Are American Muslim Women Brave? How About Those in Europe?

How Muslim women are winning the 2016 campaign

Cornerstone: A Conversation on Religious Freedom and Its Social Implications

In France Islamophobia Threatens Religious Freedom for All

Politics and Prejudice: Countering Islamophobia in the 2016 Presidential Race

Islamophobic Bullying in Our Schools