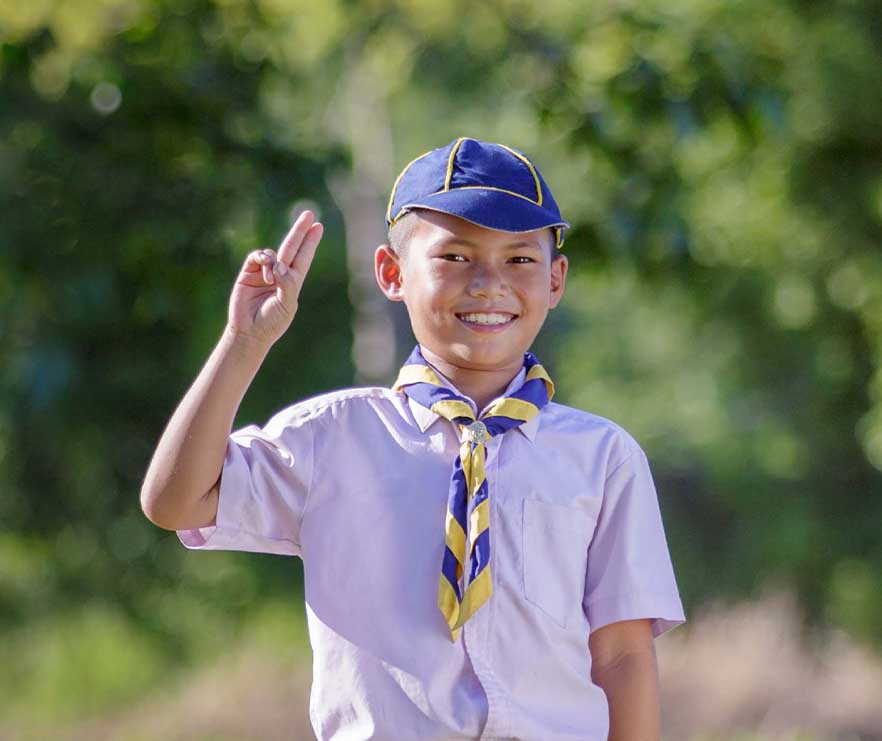 An astonishing 42% of American Muslim families reported in 2017 that at least one of their children had been bullied in the past year because of their religion. One quarter of the bullies in these incidents were teachers or school administrators.

He called his colleague Dr. Kate E. Soules, a fellow at The Foundation for Religious Literacy, and asked her to join him in developing a new program for the Boy Scouts of America Greater New York Councils (GNYC). The GNYC provides leadership training for 45,000 boys and girls in New York City, arguably one of the most religiously diverse cities in the country.

They were inspired by ISPU’s data to create for the GNYC a new Cub Scouts Coexist program: a curriculum that uses religious literacy education to train 8 to 10-year-old Scouts how to prevent religious-based bullying in their schools. What better way to help end the bullying of Muslims and other minorities than to empower students to take responsibility for their own learning communities? Later, they can bring those same skills to the workforce.

“I wish you were there to see the Cub Scouts during their closing ceremony this summer, where they earned their ‘Coexist Ambassador’ patch,” Nathan says. “They were so earnest and passionate about reciting the following pledge:

I am a Cub Scout. I am a Coexist Ambassador. I know that every person has Rights. I know we all have the Responsibility to protect the rights of others, including people who are different. I know we all have the duty to be Respectful toward other people, even when we disagree. I promise to take responsibility to stop bullying in all its forms, including bullying people who are religious or not. As a Coexist Ambassador, I promise to be a role model for everyone at my school and in my community.

When the Scouts returned to school in the fall, they showed the patch to their teachers and said, “I’m a Coexist Ambassador, and I want to help end religious-based bullying in our class.” From that moment, teachers were informed about their students’ commitment to take responsibility to defend the rights of people different from themselves—a basic principle of civil society that teachers must also model in the classroom.

“Thanks to ISPU’s timely data, we were able to design a relevant program to help de-escalate religious-based bullying,” Nathan says. “It is an honor to work with ISPU to promote peaceful coexistence.”