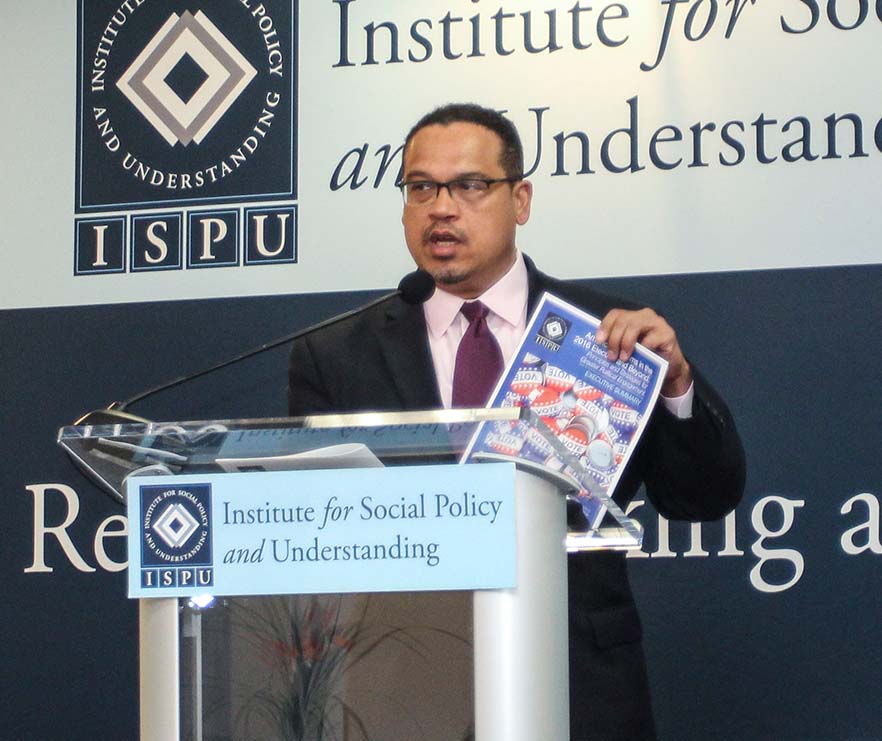 A Congressman Stands Up

For former Congressman Keith Ellison (D-MN), ISPU research is an invaluable resource. “ISPU produces information, poll data, and studies that allow me to propose policy that’s based on fact,” he says.

In 2016, we released our first American Muslim Poll, which examined the attitudes of Muslims, Jews, Protestants, and Catholics on topics ranging from politics and religion to violence and identity. For Congressman Ellison, our poll results offered something vitally necessary.

The “poll is incredibly helpful. I’ve referenced it a number of times in Congress, especially to show that mosque attendance is associated with civic engagement and not with radicalization. Some of my colleagues found this to be surprising, but I said ‘here’s the data.’ In this way, ISPU is a tremendous resource which allows us to speak authoritatively and intelligently on the basis of fact.”

The poll is incredibly helpful. I’ve referenced it a number of times in Congress, especially to show that mosque attendance is associated with civic engagement and not with radicalization.

Roughly half of Americans say they don’t know a Muslim. And when 80% of news coverage about Islam and Muslims in the United States is negative, the result is a climate where the majority of American Muslims report some level of discrimination. ISPU’s American Muslim Poll helps the fight against rising Islamophobia by educating the public and enabling activists and policymakers alike.

“If you’re a policymaker, an activist, or just a citizen who wants to know what’s going on, this poll is excellent information,” Congressman Ellison says.