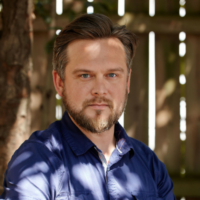 Daniel Tutt, Ph.D. is a filmmaker, philosopher and interfaith activist. His research for ISPU looks at Muslims in America, Islamophobia, and inter-religious dialogue. Daniel is co-editor of a new book tentatively entitled, Theologies and Ethics of Justice: New Directions in 21st Century Islamic Thought for IIIT press. His writing has been published in Philosophy Now, The Islamic Monthly, the Washington Post, the Huffington Post and he has essays published in three different books of philosophy. He has presented and lectured at universities such as Georgetown, Duke, American, as well as dozens of national and international conferences. Daniel is Professorial Lecturer at George Washington University and Adjunct Professor of Philosophy at Marymount University. He is the Director of Programs and a Producer at Unity Productions Foundation, a filmmaking and educational organization.

The Saturation of Islamophobia Activism